Vivo will start rolling out OriginOS Ocean to smartphones from December 30. 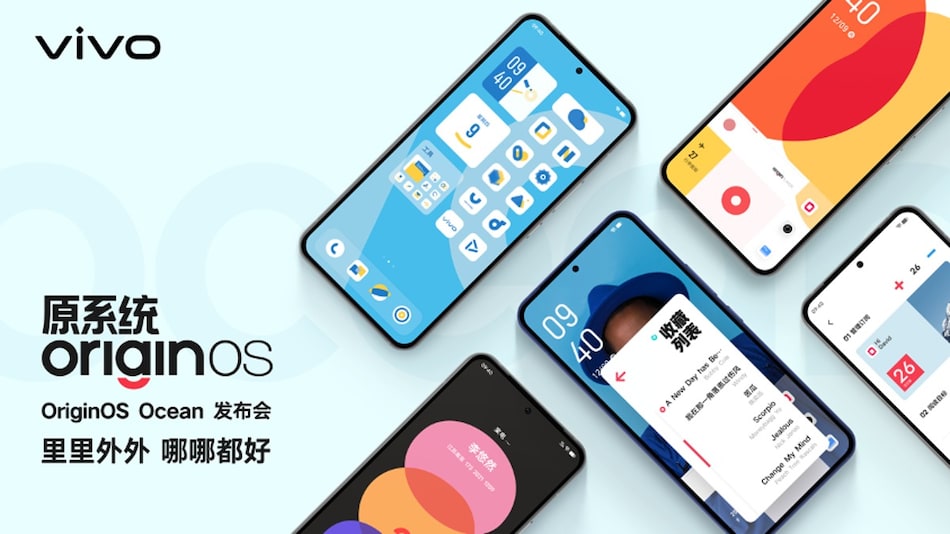 Vivo OriginOS Ocean redesigned skin has was launched in China on Thursday. The OS is the successor to OriginOS skin and brings various new design elements as well as interactive modes and applications. These include a redesigned music player (Walkman), a new dialer interface, a reading app that brings content from various sources at one place, and a new camera app. Vivo says that it has designed the OS to offer a smooth experience and low-power consumption. The Chinese company has also revealed a rollout timeline and a list of phones that will get the OriginOS Ocean update.

Vivo has listed out the features of the OriginOS Ocean saying that the essence of the new skin is to use design to “bring accurate focus and efficient communication” through all aspects of the system. There are changes in the call screen and it has a newly designed music player called Walkman. Vivo says users can “easily call up the Walkman” from any interface and also customise the buttons as well as background colours of the interface. The colours and shapes on the music panel are also said to change according to the type of music that is being played. Vivo has collaborated with local music-streaming platforms for integration with the walkman.

Apart from an “optimised layout, spacing, colour, and background,” the reading feature on the OriginOS Ocean brings a real page turning effect that allows users to digitally flip pages. There is a new camera app with easy gesture controls. Users can slide their fingers up and down, left and right to add effects to photos. Vivo also says that the app now has integrated parameters such as natural saturation and hue saturation. There is an advanced focusing system that is integrated with elements like level gauge, anti-shake status, focal length change, and exposure change with the focusing ring.

There is also a new lock screen system that is said to integrate various functions, and some of them work with the user's fingerprint. OriginOS Ocean also has a new main screen system and a flexible folder system, Vivo says. The skin is claimed to offer improved memory management and easier multi-task switching. In terms of privacy, OriginOS Ocean is claimed to offer “system-level privacy security solutions and management capabilities”.

Vivo has also revealed the timeline of OriginOS Ocean rollout. The first batch of smartphones to get the OS upgrade include Vivo X70 series, Vivo X60 series, and iQoo 8 series. The rollout starts December 30. The second batch of smartphones will get the update from late January 2022, the third batch in February and March 2022, and the last batch will get the OriginOS Ocean update in April 2022.