Vivo Nex 5 is shown to feature a curved display with minimal bezels. 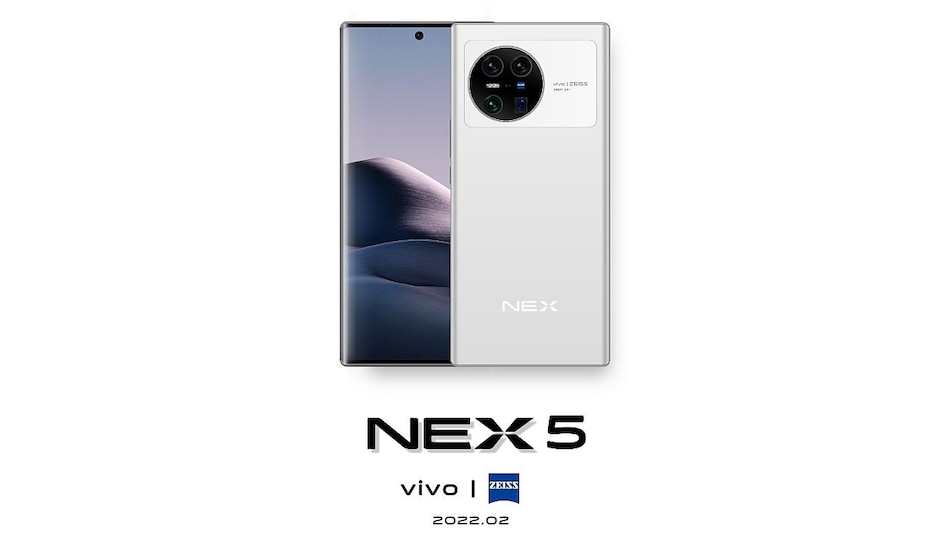 Vivo Nex 5 is tipped to launch in February, according to an official-looking render shared by a tipster online. The company's upcoming Android flagship is said to feature the latest Snapdragon 8 Gen 1 SoC under the hood. Vivo Nex 5 is shown to sport a ring-shaped camera module, featuring a quad rear camera setup. The smartphone is tipped to feature Samsung's 50-megapixel GN1 camera sensor. Vivo is yet to officially announce details of the upcoming Vivo Nex 5 handset.

The Vivo Nex 5 render depicts the rear side of the smartphone with Nex branding centred at the bottom. At the front, Vivo Nex 5 is shown to feature a curved waterfall-style display with minimal bezels, and a centre-aligned hole-punch cutout for the selfie camera. According to an older report, Vivo Nex 5 will reportedly feature a 5X telephoto sensor and a full focal length primary sensor.

Vivo Nex 5 is tipped to sport a 7-inch OLED display and could be powered by a Snapdragon 8 Gen 1 SoC under the hood, according to the report, which cites a post by tipster Digital Chat Station. Another leak by Panda is Bald (translated) on Weibo tips the smartphone to launch in 8GB + 128GB, 12GB + 128GB, and 12GB + 256GB storage variants. As previously mentioned, Vivo is yet to officially reveal any details including specifications or pricing of the upcoming Vivo Nex 5 smartphone. So, the reported details should be considered with a pinch of salt.