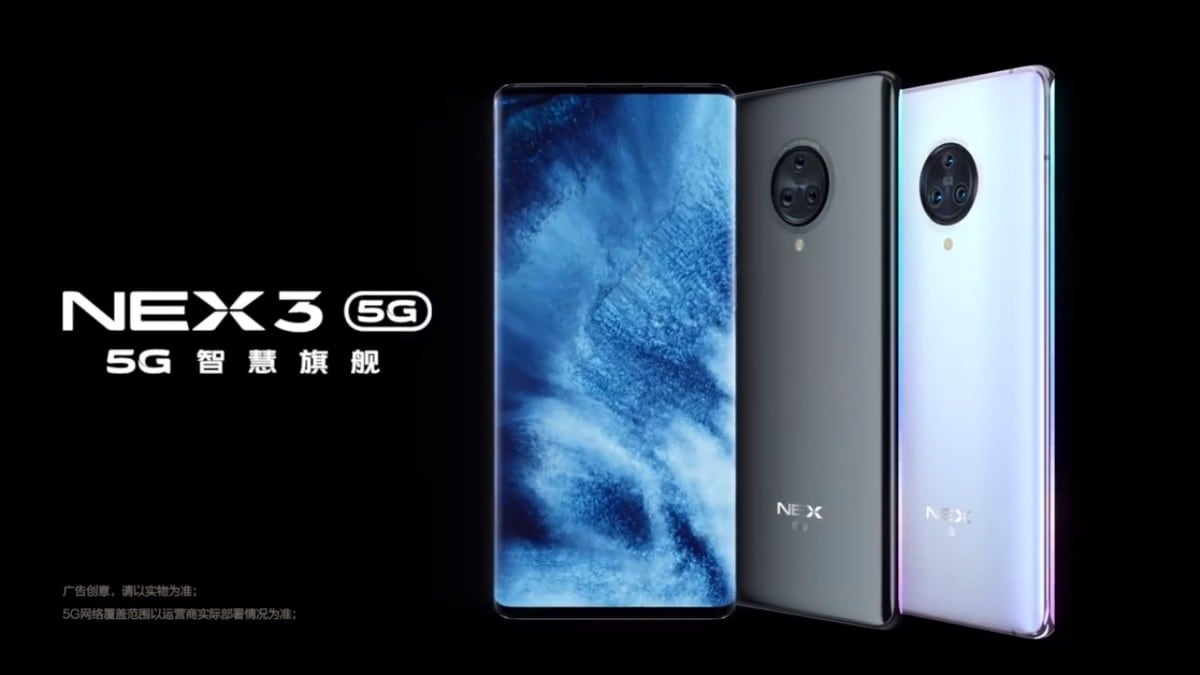 With Chinese smartphone maker Vivo already confirming that it would launch its new 5G flagship smartphone Nex 3 5G on September 16, the company's general product manager Li Xiang, has now revealed that the device would have a new customisable Camera UI App. Li posted about the feature on his Weibo account and shared some screenshots of the camera UI. Separately, the company has published a new video teaser for the phone that showcases the smartphone from all angles.

In terms of specifications, the device is expected to feature a 64-megapixel primary camera sensor on the back in a triple-camera setup. This is the same sensor that would be used in the Redmi Note 8 Pro that is all set to launch soon.

In addition, the Vivo Nex 3 5G is expected to come with a 44W fast charging support.

The company has also reportedly confirmed that the Nex 3 5G would have a Waterfall display and also a 3.5 mm headphone jack.

Meanwhile, Vivo has released a video teaser for the Nex 3 5G that shows the smartphone from every angle while focusing on the phone's dual-curved display, dubbed as Waterfall display by the company. The video offers a glimpse of the triple rear camera setup as well as the pop-up selfie camera mobile that is carrying some sort of a sensor, alongside the main selfie camera.