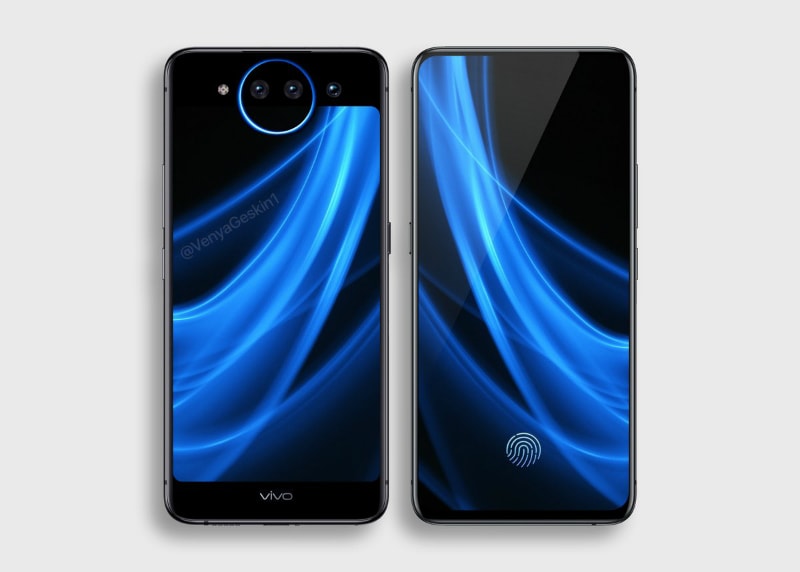 Vivo Nex 2 render based on leaks

Chinese handset maker Vivo has officially started teasing the next-generation Vivo Nex smartphone in China. The company has posted three teasers on its official website, teasing the arrival of the Vivo Nex 2. Based on the teasers, the smartphone is said to have dual displays, triple rear cameras, and great night photography skills. The Vivo Nex 2 was expected to launch sometime in December, and the teasers lend weight to the claim that the smartphone will launch in this month itself.

On its official China website, Vivo is now taking registrations for the upcoming Vivo Nex series phone. The first teaser shows three cameras, indicating that the Vivo Nex 2 will sport a triple camera setup at the back. The second teaser confirms the smartphone has dual displays. This teaser also shows a ring-shaped light at the back, for better selfies. The third teaser shows the lens of the phone and the shape of a moon, indicating at great night photography skills. All these three teasers have been published on the company's website itself.

Furthermore, tipster Ben Geskin has also posted a render of the Vivo Nex 2 based on leaks. The smartphone is seen sporting a true bezel-less display with no notch, and an in-display fingerprint sensor. There's also a screen at the back, albeit a little smaller. The triple camera setup sits on the top edge, and a small space at the bottom houses the Vivo logo.

These teasers and render leaks corroborate with previous rumours. Pricing, specifications, and availability information is scarce at the moment, but the smartphone is expected to launch this month itself, now that the teasers have started to roll in, and more details should surface running up to the launch. The design of the Vivo Nex 2 appears to be heavily inspired from the Nubia X which also sported dual screens. The smartphone was lanched last month in China, and is priced starting at CNY 3,299 (roughly Rs. 35,000).