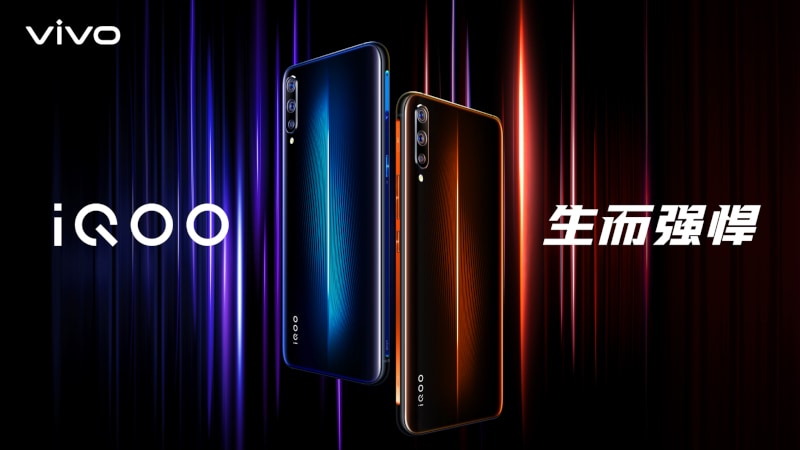 iQoo, Vivo's new sub-brand, is ramping up the promotions around its upcoming first smartphone. After sharing a number of key specifications in a previous teaser, the company has now given us a look at the rear of the phone. The teaser also confirms that the phone will be housing a triple rear camera setup. Separately, ahead of its March 1 unveiling, the first Vivo iQoo smartphone have popped on Chinese regulator TENAA's website, which has in turn revealed the full specifications of the phone.

The latest teaser, published by Vivo iQoo on its official Weibo account, shows that the upcoming smartphone will be offered in at least two colour options – Blue and Red. It also confirmed that the phone will come with three rear cameras with a single LED flash module, a feature that was last seen in pictures from a Vivo promotion. The placement of the volume rocker and power button on the right as well as a dedicated button for AI-powered digital assistant on left can be seen as well.

The Vivo iQoo doesn't share any other new information, however two listings of the Vivo V1824A models, which are said to be the first iQoo phone, on TENAA website have revealed the full specifications as well as new gold colour option. As per the listings, the phone's triple camera setup will include 13-megapixel, 12-megapixel, and 2-megapixel sensors. There will also be a 12-megapixel front shooter on the phone.

Earlier, Vivo iQoo had confirmed that the phone will include a massive 4,000mAh battery with support for 44W fast charging, Qualcomm Snapdragon 855 SoC, USB Type-C port, NFC, in-display fingerprint sensor, and Super HDR camera technology. Super HDR is a Vivo technology that was introduced in 2018.