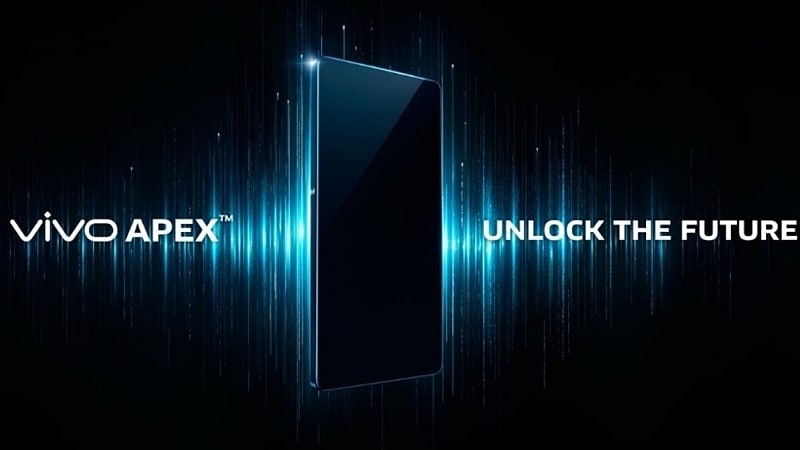 The first device from the company with the industry first in-display fingerprint scanning technology was Vivo X20 Plus UD which was unveiled at the International Consumer Electronics Show 2018 (CES) in January.

"We are committed to bringing in technology and innovation in every new product that comes out of our stable and APEX is not an exception. The futuristic design innovations in APEX are only a fraction of our innovation pipeline," Alex Feng, Senior Vice President of Vivo, said in a statement.

Vivo APEX features top and side bezels of 1.8mm -- said to be the thinnest in the industry. It has a 4.3mm bottom bezel and a screen-to-body ratio exceeding 98 percent.

Microchips mounted directly to the flexible circuit board result in the staggering screen-to-body ratio, courtesy of a flexible OLED platform, Vivo said.

The smartphone maker has fitted the world's first half-screen in-display fingerprint scanning technology in the APEX phone that lets the complete bottom half of the OLED screen recognise a fingerprint.

The technology also enables new usage scenarios such as the new dual-fingerprint scanning feature in APEX for greater security.

The concept device features an 8-megapixel elevating front camera that rises when required and retracts when not in use. It also sports Vivo's own Screen SoundCasting technology that sends vibrations through the display without the need for a traditional loudspeaker.

The Vivo APEX also features a new System in Package (SIP) technology to integrate the DAC and the three operational amplifiers together, reducing the need for circuit board space by nearly 60 percent compared to previous Vivo Xplay6. Vivo says that since this frees up more space in the smartphone's interior, this "technology can allow for increased battery size as well as cooling, thus opening potential for even more design improvements in future smartphones."

Metal Gear Survive Has a Hidden Message, This Is What It Could Mean
Final Fantasy XV to Get New Episodes Until 2019