Vivo V1950A looks identical to the standard Vivo Nex 3, going by its design and specifications. 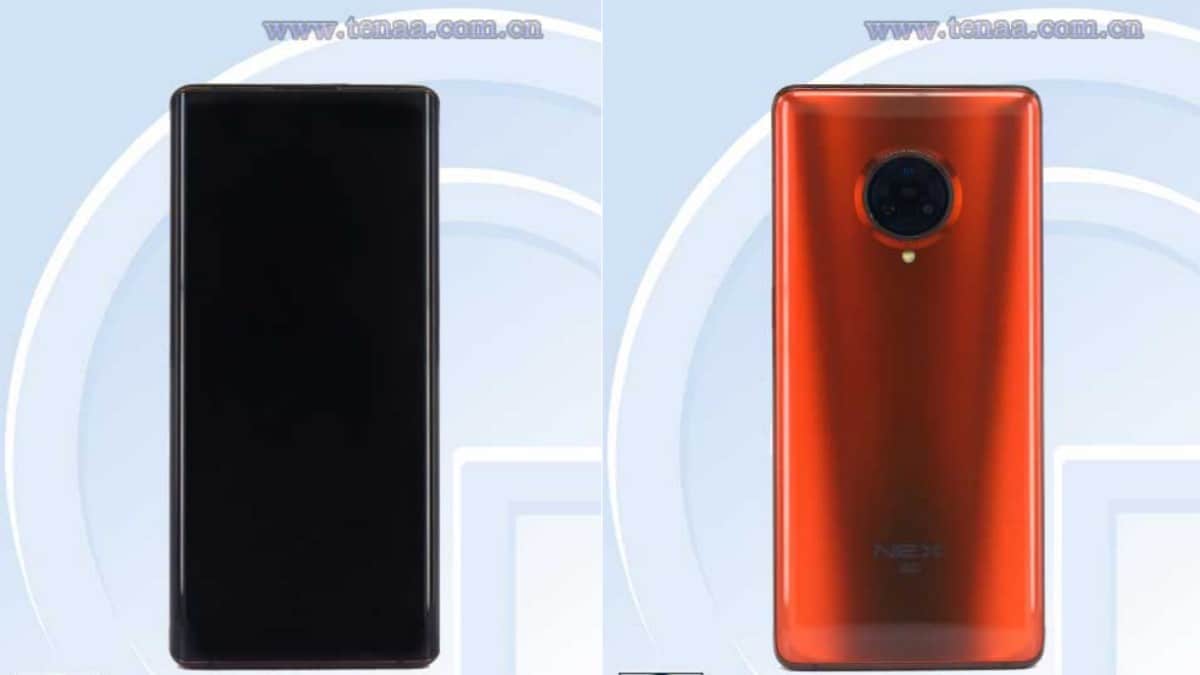 Vivo is reportedly gearing up to launch a new high-end phone carrying the model V1950A. A few days ago, the device received the TENAA certification, and now, its complete specifications and images have surfaced online on the Chinese regulatory authority's database. The Vivo V1950A is tipped to debut as the a new variant of Vivo Nex 3 5G, and it will reportedly be powered by the Snapdragon 865 SoC. The Vivo V1950 will pack a triple rear camera setup that will include a 64-megapixel camera and a 16-megapixel selfie snapper. The phone listed on TENAA looks identical to the standard Vivo Nex 3 5G that was launched back in 2019.

The Vivo V1950A's TENAA listing mentions that the phone will pack a 6.89-inch full-HD+ (1080 × 2256) AMOLED display. The images on TENAA show a dramatically-curved display without a notch, and very slim top and bottom bezels. Over at the back, the phone is shown flaunting a red paintjob and a round camera module with three lenses and is surrounded by a ring with concentric patterns. The Vivo V1950A looks identical to the vanilla Vivo Nex 3 5G, fuelling speculations that the former might just be an upgraded variant of the Vivo Nex 3 5G.

As far as the cameras go, the Vivo V1950A will pack a triple rear camera setup that will include a 64-megapixel main camera, assisted by a pair of 13-megapixel snappers. Selfies will be handled by a 16-megapixel camera, and if the rumours turn out to be true, the front camera will be housed in a waterdrop module. The phone will be powered by an octa-core processor clocked at 2.84GHz – tipped to be the Snapdragon 865 SoC - ticking alongside 8GB of RAM and up to 256GB of internal storage.

On the software side, the phone is listed as running Android 10. Dimensions of the Vivo V1950A listed on TENAA are 167.44 x 76.14 x 9.4mm, and it is said to weigh 219.5 grams. As of now, Vivo is yet to officially tease or confirm the arrival of a new Nex 3 5G variant. But the photos and specifications of the Vivo V1950A on the TENAA database suggest that it might eventually debut as new variant of the Vivo Nex 3 5G phone.