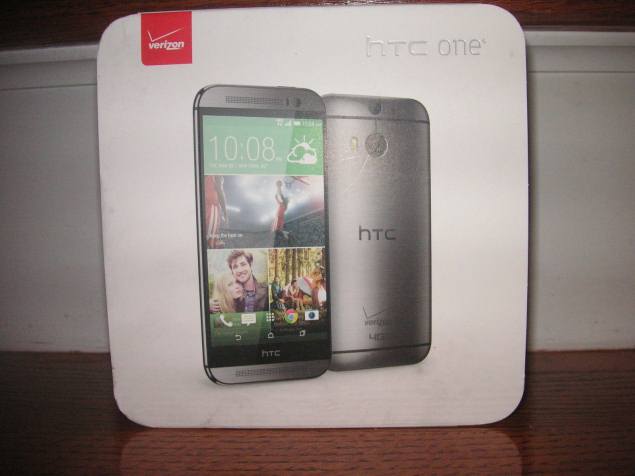 Before arriving at its official launch, the All New HTC One (M8) hit online shelves in the US with a brief sale listing on eBay.

As noted in a report by GSMArena, the All New HTC One (M8), was listed for sale on eBay (US) at $499 (approximately Rs. 30,500). A Verizon-branded 32GB HTC One (2014) 4G LTE smartphone was listed on Wednesday, without the 'All New' moniker on its box packaging. Its buy now status had ended at the time of writing, and the item was listed as 'sold'.

The box of the Verizon HTC One (2014) indicates a single-SIM device that uses Nano-SIM, and runs Android with HTC's Sense UI. It features a 5-inch display with a resolution of 1080x1920 pixels. 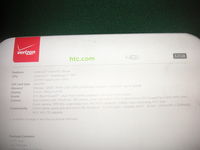 The HTC One (2014) is powered by a 2.3GHz quad-core Snapdragon 801 chipset, coupled with 2GB of RAM. Also the packaging is of a 32GB built-in storage variant, which is expandable up to 128GB via microSD card.

Other specifications on the box include a Duo Camera with UltraPixel, pixel size 2.0um, F2.0 / 28mm lens, HTC ImageChip2 with HDR video and a 5-megapixel front camera with HDR capabilities.

GSMArena recently also posted purported images of the smartphone in Verizon branding, apart from in an earlier Telstra pricing plan brochure, where it was called also the All New HTC One (M8).
Affiliate links may be automatically generated - see our ethics statement for details.
Comments

Say goodbye to '123456', as passwords go high-tech at CeBIT 2014
WhatsApp flaw on Android supposedly makes chat history visible to others