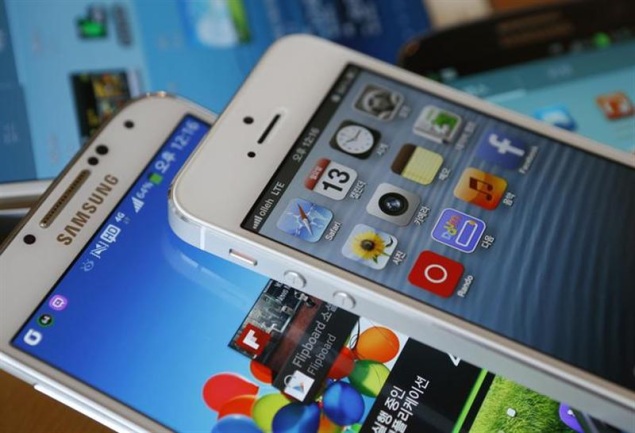 The U.S. International Trade Commission, which hears many patent fights, on Friday extended its deadline for ruling on whether Apple Inc infringes patents owned by Samsung Electronics Co Ltd in making the iPod Touch, iPhone and iPad.

The ITC had said it would make a decision on Friday but delayed it until Tuesday, June 4. It gave no reason for the extension.

An administrative law judge at the ITC had said in a preliminary ruling in September that Apple was innocent of violating the patents. The next step is for the full commission to weigh in.

Apple has waged an international patent war since 2010 as it battles Google Inc's Android mobile-device operating system. The fight has embroiled Samsung, HTC Corp and others that use Android.

Samsung is the world's largest smartphone maker, while Apple is in third place, according to the research company Gartner. Many experts consider Samsung's Galaxy touchscreen tablets the main rival to the iPad, although they are currently a distant second to Apple's devices.

Nine out of 10 suffering from 'nomophobia', fear of having no mobile phone
Intel Haswell-powered, slimmer 13-inch MacBook Pro with full-HD camera coming at WWDC: Analyst