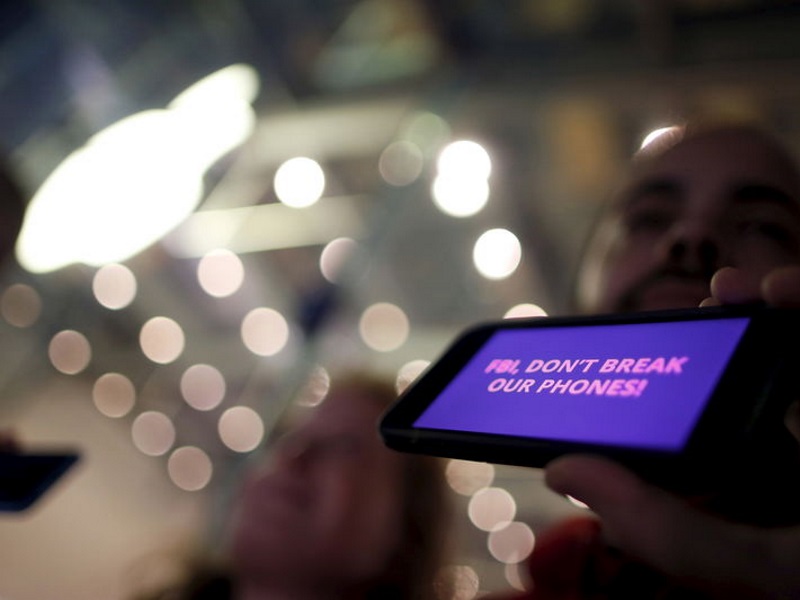 The government's 45-page brief comes a week after US Magistrate Judge James Orenstein issued his decision in a routine drug case, dealing a blow to the Obama administration in its battle with the tech giant over privacy and public safety.

Government lawyers called their Monday request routine, arguing that the case is not about asking Apple to do anything new, or to create a "master key" to access all iPhones. Apple has opposed the government's move in a separate case involving the shooter who killed 14 people Dec. 2 in San Bernardino, California.

Apple's pushback has fueled a national debate over digital privacy rights and national security. Apple had previously assailed the government's move, saying US officials were seeking "dangerous power" through the courts and trampling on the company's constitutional rights.

The Brooklyn case involves a government request that is less onerous for Apple and its phone technology. The so-called extraction technique works on an older iPhone operating system and has been used dozens of times before to assist investigators.

The California and New York cases both hinge on the government's interpretation of the centuries-old All Writs Act. The new cases present another challenge for federal courts, which have to sort out how a law that is used to help government investigators squares with privacy and encryption in the digital age.

The government asserted in court papers Monday that Orenstein's ruling in New York is "an unprecedented limitation on" judicial authority and that his legal "analysis goes far afield of the circumstances of this case." It also stated that the government "does not have any adequate alternatives" to obtaining Apple's assistance because attempting to guess the passcode would trigger the phone's auto-erase security feature.

Apple responded Monday: "Judge Orenstein ruled the FBI's request would 'thoroughly undermine fundamental principles of the Constitution' and we agree. We share the judge's concern that misuse of the All Writs Act would start us down a slippery slope that threatens everyone's safety and privacy."

In October, Orenstein invited Apple to challenge the government's use of the 1789 law that compelled the company to help the government obtain iPhone data in criminal cases. Since then, lawyers say Apple has opposed requests to help extract information from over a dozen iPhones in California, Illinois, Massachusetts and New York.

In the California case, officials are looking for access to the phone used by Syed Farook but owned by San Bernardino County, where he was a health inspector. Federal investigators say the attack by Farook and his wife, Tashfeen Malik, was at least partly inspired by the Islamic State group. The couple died later in a gun battle with police.

FBI Director James Comey told a House judiciary panel last week that the government was "asking Apple to take the vicious guard dog away and let us pick the lock" on the iPhone. Should Apple create the specialized software to allow the FBI to hack the iPhone in California, Comey said it would take 26 minutes to do what's known as a brute force attack - testing multiple passcodes in quick, computational succession.

Apple has said that being forced to extract information from an iPhone, no matter the circumstance, "could threaten the trust between Apple and its customers and substantially tarnish the Apple brand."