Ulefone Armor 15 is powered by a MediaTek Helio G35 SoC. 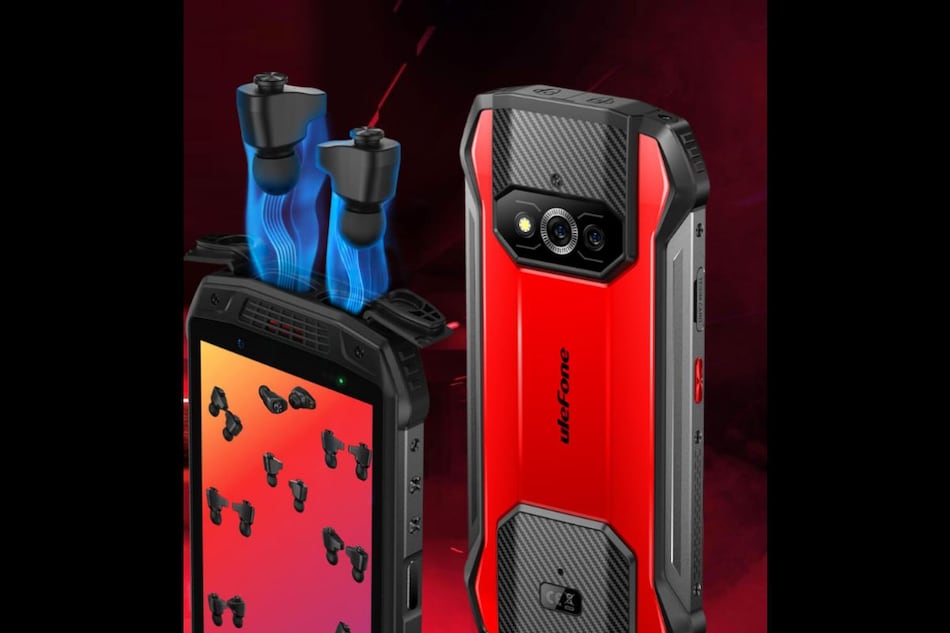 Ulefone Armor 15, claimed to be the world's first rugged phone that comes with inbuilt earbuds, has been unveiled. The smartphone has been launched on Kickstarter as of now and there are early bird perks for backers. The smartphone comes with a 5.45-inch HD+ display with 1,400 x 720 pixels resolution. The handset is powered by a MediaTek Helio G35 SoC and features 6GB RAM + 128GB storage. The smartphone from Ulefone boots Android 12. The phone houses a 6,600mAh battery that powers both the smartphone and the inbuilt earbuds.

The Ulefone Armor 15 comes in a solo 6GB RAM +128GB storage variant and the price of the handset has been currently listed as $170 (roughly Rs. 13,500). As mentioned earlier, the smartphone has been launched on Kickstarter with early bird perks for backers. For those who choose to pledge without a reward, Ulefone will offer discount coupons for its other products.

The most distinguishing feature of the Ulefone Armor 15 is that it comes with a pair of inbuilt true wireless stereo (TWS) earbuds. The earbuds are placed at the top of the Armor 15 phone. Users can remove the earbuds from the top of the handset to use and it connects instantly with the handset once they're placed in the ears. These buds support Bluetooth v5 and are compatible with other gadgets too.

The smartphone is powered by a MediaTek Helio G35 SoC and boots Android 12 out-of-the-box. The Ulefone Armor 15 sports a 5.45-inch HD+ display with 1,400 x 720 pixels resolution. For optics, the handset comes with a dual rear camera setup with a 13-megapixel primary sensor and another 12-megapixel sensor. For selfies and video calling, the phone gets a 16-megapixel selfie camera.

The handset also features dual front-facing speakers and is IP68/69K dust and water resistant rated. As mentioned earlier the Armor 15 comes with a 6,600mAh battery that powers both the smartphone and the inbuilt earbuds.

What should you make of Realme's three new offerings? We discuss them on Orbital, the Gadgets 360 podcast. Orbital is available on Spotify, Gaana, JioSaavn, Google Podcasts, Apple Podcasts, Amazon Music and wherever you get your podcasts.