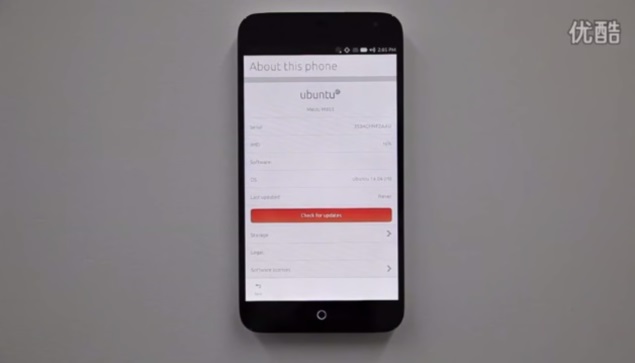 Ubuntu Touch, the Linux-based mobile operating system developed by Canonical - the company behind Ubuntu, has been spotted in a purported walkthrough video.

The video has been posted by a YouTube user named Meizu MX On, with the Ubuntu Touch OS seen running on top of Chinese brand Meizu's MX3 handset. The 2 minute and 42-minutes long video shows the Ubuntu Touch OS in its full glory, with features such as home screen, messaging and gallery visible. The MX3 is seen unlocked by swiping the lock screen, while the OS is seen with sidebars that appear on the left of the display of the phone in the walkthrough video.

Canonical released the Ubuntu Touch (version 1.0) in October 2013, alongside Ubuntu 13.10, primarily compatible with the Galaxy Nexus and Nexus 4 smartphones.

Notably, Canonical had first released images and open source code for the Developer Preview of the Ubuntu Touch OS in February, after announcing the launch of the OS in January.

Recently, Canonical announced plans for shutting down its Ubuntu One file service. The service enabled users to store files online and sync them between computers and mobile devices, as well as stream audio and music from cloud to mobile devices.

Earlier, the company had announced a crowd-funding campaign to build the first batch of Ubuntu Edge phones. However, it failed to raise a target funding of $32 million to manufacture a limited batch of 40,000 devices, missing it by $20 million.