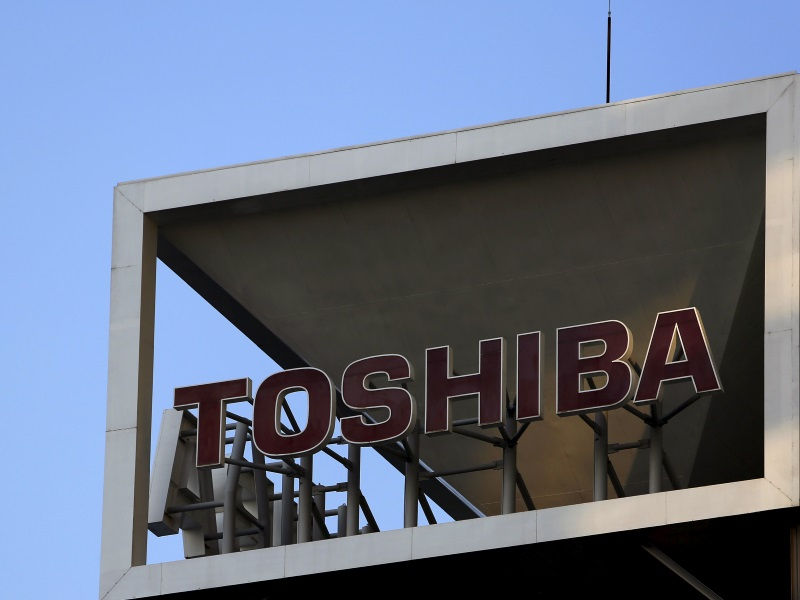 Japan's Toshiba Corp has begun preparations to sell a minority stake in its core chip business, people with knowledge of the matter said, as it urgently seeks funding to avoid being crippled by an upcoming multibillion-dollar writedown.

The industrial conglomerate has distributed non-disclosure agreement forms to various funds including private equity firm Silver Lake, said one of the people.

Facing a writedown on its US nuclear business that media have reported could be $6 billion (roughly Rs. 40,872 crores), selling part of the chip business is one of the few options left open to Toshiba, still battered by a 2015 accounting scandal.

Toshiba is rushing to split off its chip division and complete a stake sale by the end of the financial year in March as a massive writedown could wipe out shareholders equity that has shrunk to just $3 billion in the wake of the scandal, separate sources said.

"Toshiba is desperate to avoid falling into negative net worth," said one of the people.

After being put on the Tokyo bourse's watchlist in the wake of the scandal, it is unable to tap equity markets.

Sources declined to be identified as they were not authorised to speak on the matter.

A Toshiba spokesman said the company may split off its memory chip business and sell a stake but it cannot comment on the specifics of the process. Silver Lake could not be immediately reached for comment.

Media reports have put the planned size of the stake to be sold at around 20 percent to 30 percent. Those reports could not be immediately confirmed but sources have said that Toshiba is determined to hold onto a majority holding.

The chip business could be valued at more than JPY 1 trillion ($8.7 billion), industry sources have said, although some estimates for the unit have ranged as high as JPY 2 trillion.

Other funding avenues
Another potential buyer Toshiba is considering for the stake is business partner Western Digital Corp , people familiar with the matter have said.

It has also approached the government-backed Development Bank of Japan (DBJ) for support, which is considering an investment in the chip business, sources said.

A senior Toshiba executive, who declined to be identified, said that a capital infusion from Western Digital might not be a viable option as it could take too much time to clear an antitrust review. Western Digital has declined to comment on the issue.

It remains to be seen, however, how much interest funds will show as they probably would want majority control or at the very least a 33.4 percent stake that would give them veto power over board decisions, a financial source said.

There has been little talk by sources of other strategic investors in Toshiba's chip business.

But Canon Inc Chief Executive Fujio Mitarai told Kyodo news agency that the camera and office equipment maker would be willing to consider support if there was a request, noting that Toshiba was an important buyer of its chip-making equipment.

Shares in Toshiba plunged 16 percent on Thursday on the reports of the bigger-than-expected $6 billion writedown, giving it a market value of just $9 billion. On Friday, they ended 1.8 percent higher.

The conglomerate was plunged back into crisis late last year after it emerged that it would have to write down cost overruns at projects handled by a US nuclear power plant construction firm which was recently acquired by its Westinghouse division.

He said the ministry was not working on any sort of rescue plan for the company - a statement that does not rule out other forms of government help such as investment from the DBJ.