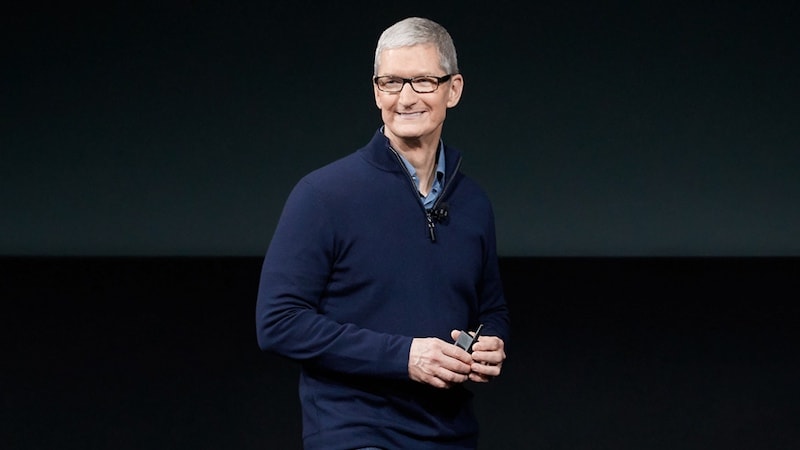 Apple CEO Tim Cook on Tuesday reaffirmed the company's interest in India during the latest quarterly earnings call as the iPhone-maker reported strong sales across all major product categories.

Answering an analyst's queries about the company's recent progress in India, Cook said Apple continues to be "very bullish and optimistic about India," as the company continues to invest in the country.

Apple took many analysts by surprise when it reported a revival of the iPad business and steady sales of the Mac. iPhone sales were also better than expected. But even as the world's most valuable company reports strong sales across several of its businesses, Tim Cook reaffirmed that the company hasn't forgotten about the emerging markets.

Cook reminded analysts that it recently began assembling the iPhone SE model in India, a move that could eventually lead to the availability of lower-cost iPhone models in the country. "We're bringing all of our energies to bear there," he said. As you recall, it was the first time Apple began to locally manufacture the iPhone units in India.

Cook also said that the company is pleased with the App Accelerator it opened in India earlier this year. "We have already launched App Accelerator, that's on top of working with the channel and looking at expanding our go-to-market in general", he said.

Developers who have signed up for sessions at Apple's App Accelerator shared largely positive feedback with Gadgets 360 last month. At the App Accelerator, Apple trains developers to think more about the local market and how to better serve the local needs of the people, and also shares guides on how to leverage its new technologies.

India Where China Was 'Seven to Ten Years Ago', Says Apple's Tim Cook

Tim Cook, who paid his maiden visit to India as CEO of Apple last year, also reiterated that he sees a lot of similarities in where India is today with where China was just a few years ago, suggesting that the Indian market is quickly maturing. China is the world's largest smartphone market, while India is the second largest.

Even as India is already the fastest growing smartphone market, much of the population in the country still doesn't have a smartphone, which creates a great business opportunity for companies like Apple. According to research and marketing firm eMarketer, only about 267 million people in India have a smartphone, a figure that it expects to surpass 400 million in next four years.

But expanding its presence in India could prove to be a challenge for Apple. The vast majority of smartphones sold in the country are priced under Rs. 10,000 ($150). However, the iPhone-maker realises this and the company's move to manufacture locally, which makes it eligible to avail several concessions from the government, could eventually help it lower the prices of its smartphones in the country. According to a recent report, the company is seeking additional concessions as it further expands its local manufacturing plans.

The company has also made several efforts to make its products more appealing and relevant to the local market. Among other things, last year Apple partnered with telecom operator Reliance Jio to offer new iPhone users some enticing bundled data plans. Cook has previously noted his excitement about the improving 4G-LTE penetration in India.

"The 4G network started rolling out in the last quarter of 2016, but they are growing at a speed I have not seen anywhere else in the world. It's truly impressive," he said last quarter.

Apple's increased interest in India also comes at a time when the company is struggling to turn China into a bigger iPhone market. The revenue in greater China fell 10 percent in the quarter which ended July 1, the company revealed.

The next big Apple news is expected to be the launch of the next iPhone models, which are likely to be launched next month. In the tenth anniversary year of the iPhone, Apple is said to launch multiple new iPhone models, and at least one featuring a brand new design.