This Is What Samsung's Foldable Phone Could Look Like 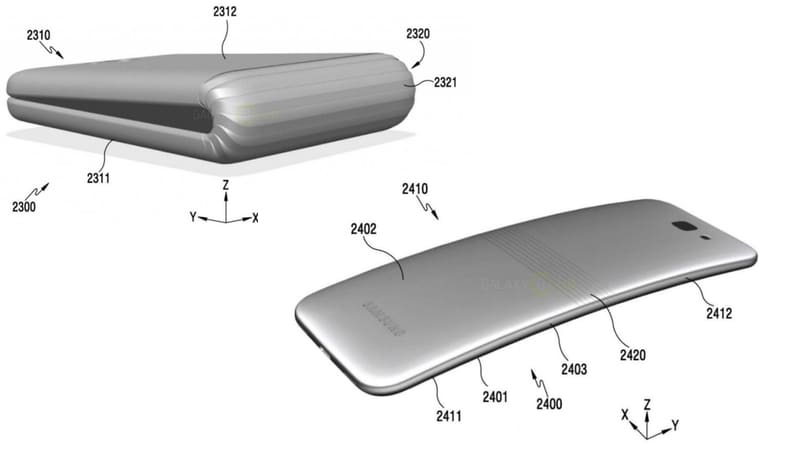 There’s something about Samsung and flip phones. Each year for the past few years, we’ve seen the company launch at least one of them running Android, an operating system that’s exclusively designed for touch now. Possibly it’s got something to do with the nostalgia people still have for this form factor.

At present, Samsung’s preferred way to making a flip phone is to have two sets of displays facing back to back on one side of the hinge, with the standard numeric keypad on the other side. It appears that Samsung wants to improve upon the redundancy of having to employ two displays in one phone, according to a new patent.

The patent shows concept sketches of what appears to be a flip phone, but with a foldable display. A special hinge will keep the phone completely upright, where it will appear like any other candy bar shaped smartphone. But it also will be foldable, which should help in occupying a seemingly large screened phone comfortably in the pocket.

The idea isn’t new of course, as Samsung officially announced that it was working on a foldable phone in March 2015, a project codenamed Project Valley. There have been rumours that such a phone will finally be unveiled next year.

The company is no stranger to foldable displays too; in 2013 it had showcased them at CES in Las Vegas. In 2014, a realistic version of a curved screen was implemented with the Galaxy Note Edge. Ever since then, Samsung’s entire flagship portfolio has migrated to screens that curve at both edges, with the Galaxy S7 Edge and Note7 being the most recent ones.

Obviously, there’s a big difference between a phone with a curved display and a bendable one, and it will remain to be seen if a product ever is out in production. Xiaomi has reportedly got a bendable smartphone working in the lab, so it will be interested to see who is the first to bring a new innovation to the market.