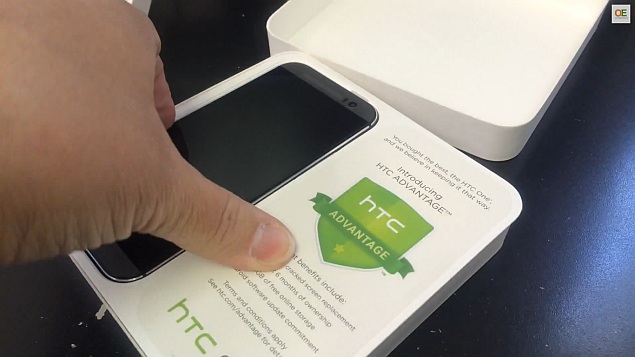 While HTC may be a little over an hour away from launching the successor to the HTC One, the HTC One (M8), a retailer has already started selling units of the smartphone.

While retailers in the UK, such as Carphone Warehouse, along with a couple of carriers have announced that they will receive and make the smartphone available minutes after its launch, Welectronics website is beating them all by already selling the HTC One (M8) at $999.99 (Rs. 60,400 approximately). We assume the handset is being sold at this price tag because of its availability before the official announcement.

The Welectronics store has also posted an unboxing video proving that they actually have the HTC One (M8) (previously also known as All New HTC One or HTC One 2014) in stock.

In the video, the retailer is seen opening the HTC One (M8)'s Verizon-branded box, which includes the handset, AC charger, Micro-USB cable and a quick start-up guide.

Furthermore, the retailer gives us a glimpse of the HTC One 2014's specifications listed on the box. The HTC M8 retail box in the video shows the inclusion of a 5-inch Full-HD screen besides running Android and HTC Sense UI (the versions of both remain undisclosed). The retail box notes the smartphone to be powered by a 2.3GHz quad-core Qualcomm Snapdragon 801 SoC clubbed with 2GB of DDR3 RAM. The particular handset comes with 32GB of onboard storage, which can be expanded up to 128GB via microSD card. The HTC One (M8) is seen sporting UltraPixel technology on the rear shooter, apart from a 5-megapixel front-facing shooter.

The leak is not new to HTC as a similar Verizon branded HTC One (M8) smartphone was spotted online for sale earlier this month on eBay for a brief period. The HTC smartphone was listed for $499 (roughly Rs. 30,500). The retail box showed similar specifications for the handset.