Tecno Spark 5, Spark 5 Air may arrive in India over the coming months. 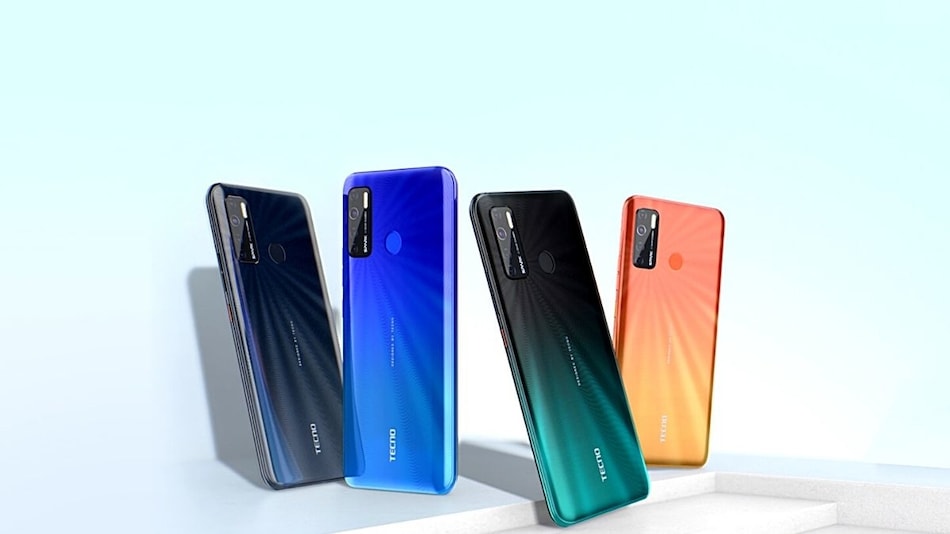 Tecno Spark 5 and Tecno Spark 5 Air smartphones have made their debut. The phones by Tecno Mobiles succeed the Spark 4 series that was launched in 2019. Although the key specifications of the newly launched Tecno Spark 5 and Spark 5 Air are near-identical, one of the major differences between the two phones is the screen size. Additionally, Spark 5 comes with quad rear cameras while the Spark 5 Air has three cameras on the rear. Both the phones are offered in four colour options and pack 2GB RAM as well as 5000mAh battery.

The new smartphones by Tecno Mobiles have been launched in Ghana. While the Tecno Spark 5 is priced at GHS 719 (roughly Rs. 9,360) for the single 2GB + 32GB storage variant, the price details of the Tecno 5 Air are currently unknown.

It is also likely that the phones will come to India as the company has previously launched Tecno 4 Air and Tecno Go in the country last year. Other Spark series smartphones are also listed on the Tecno Mobiles India website. Although, Tecno Mobiles is yet to confirm this development.

As for specifications, the Tecno Spark 5 runs Android 10 with HiOS 6.1 on top and features a 6.6-inch HD+ (720×1,600 pixels) display. The processor make is not clear and the phone comes with 2GB RAM. There's a fingerprint sensor on the rear panel and the phone supports Face Unlock.

In terms of the cameras, the quad rear camera setup of Tecno Spark 5 includes a 13-megapixel main camera with f/1.8 aperture, two 2-megapixel cameras for closeup shots and bokeh effect, and a fourth AI camera. The waterdrop-style notch on the front panel houses the 8-megapixel selfie camera along with dual-LED flash.

The Tecno Spark 5 further packs a 5000mAh battery with no fast charging support. The phone comes with 32GB inbuilt storage and it is unclear whether it is expandable. For connectivity, the phone includes 3.5mm audio jack, USB-Type C port, Bluetooth and Wi-Fi. The phone also comes with an Ambient Light sensor, Proximity sensor, and Accelerometer.

The Tecno Spark 5 Air comes with a bigger 7-inch HD+ (720x1,640 pixels) display. The phone runs Android 10 (Go edition) with HiOS 6 on top and also supports Face Unlock. Similar to the Spark 5, the processor make is unclear and there's 2GB RAM. Additionally, there's a fingerprint sensor on the rear panel.

In terms of cameras, the triple camera setup includes a similar 13-megapixel main camera with f/1.8 aperture. The details about the second camera are unknown and lastly, there's an AI camera. The waterdrop-style notch on the front-panel houses an 8-megapixel camera with dual-LED flash.

Tecno Spark 5 Air also packs a 5000mAh battery with no fast charging support. The phone comes with 32GB in-built storage and it is unclear whether it is expandable. The connectivity options and the sensors on Tecno 5 Air are similar to Tecno Spark 5.