Tecno Pova is available in the Philippines for PHP 6,999 (roughly Rs. 10,800) and the Indian pricing has not been revealed yet. 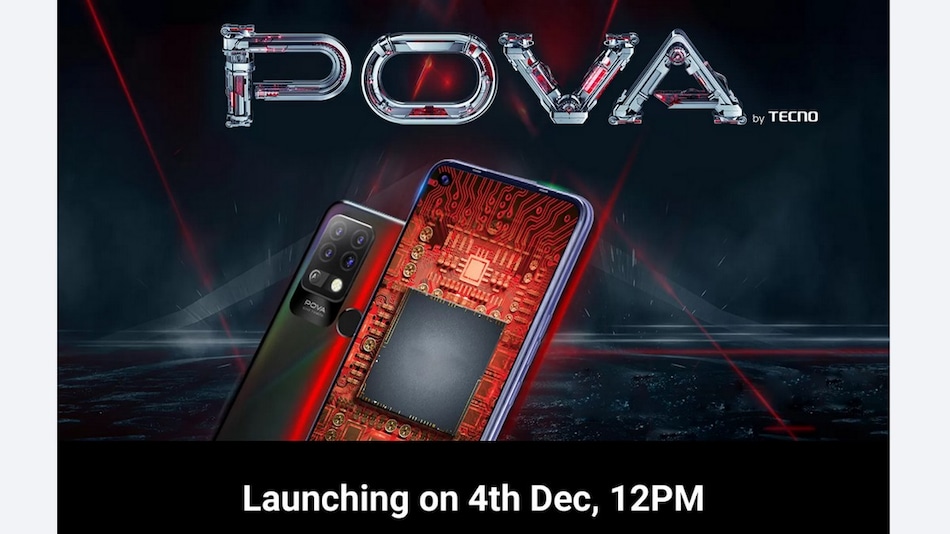 Tecno Pova smartphone has been confirmed via Flipkart to launch in India on December 4. The phone is already available in certain markets including Nigeria and Philippines. It boasts of impressive specifications such as quad rear camera setup, a large battery, and support for fast charging. Tecno Pova will most likely be offered in three colour options and a single RAM and storage configuration. As of now, the India pricing for the phone has not been shared and there is no information on availability.

Tecno Pova will be launched in India on December 4 at 12pm (noon) as per the dedicated Flipkart page. As of now, it is unclear if there will be a launch event for the phone. The Indian price has not been shared by the company but it is available in the Philippines for PHP 6,999 (roughly Rs. 10,800). It could be speculated that the smartphone may be priced somewhere close to the Philippines variant in India. Availability details is expected to be made clear when the phone launches. It may come in Magic Blue, Speed Purple, and Dazzle Black colour options.

While the Flipkart page does not reveal any specifications of the phone, the Tecno Philippines website bears it all.

Tecno Pova runs on Android 10 with HiOS on top. It features a 6.8-inch HD+ (720x1,640 pixels) display with a hole-punch cutout that houses the selfie camera. The phone is powered by the octa-core MediaTek Helio G80 SoC and comes with 4GB of RAM. You get 64GB of onboard storage as well.

In terms of optics, Tecno Pova has a quad rear camera setup that includes a 13-megapixel primary sensor. As per the specifications tweeted by known tipster Mukul Sharma on Twitter, the camera setup will include two 2-megapixel sensors as well. The fourth will be an AI HD lens, according to the tipster. At the front, Tecno Pova comes with an 8-megapixel selfie shooter.

Connectivity options on the phone include Wi-Fi, LTE, GPS, Bluetooth, and more. It will also come with FM radio support. Sensors onboard include an ambient light sensor, proximity sensor, compass, G-sensor, and there is a fingerprint scanner on the back. Tecno Pova is backed by a 6,000mAh battery that supports 18W fast charging. The smartphone measures 171.23x77.57x9.4mm.