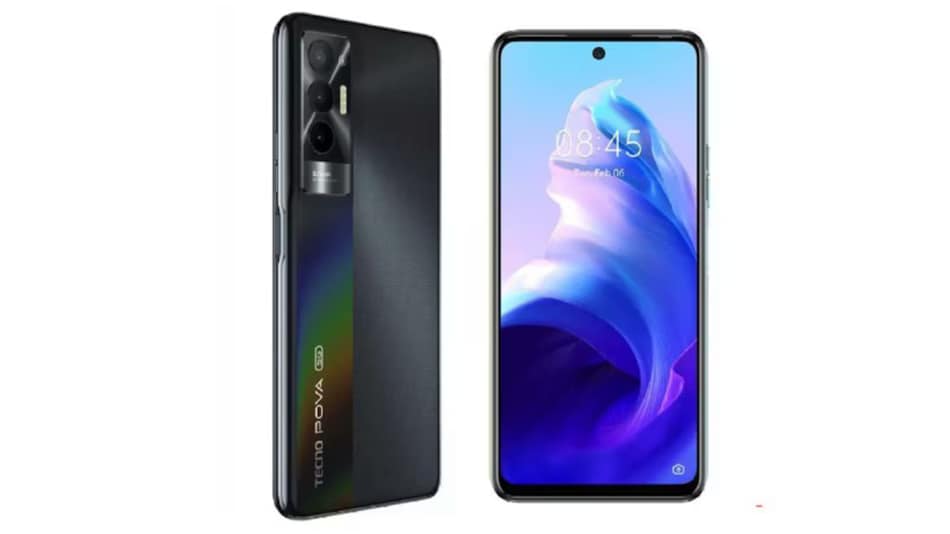 Tecno Pova 5G has been reportedly launched in Nigeria as the first 5G smartphone from the brand. The latest Tecno phone is said to carry a 120Hz refresh rate display, a triple rear camera unit headlined by a 50-megapixel sensor, and 18W fast charging support. Tecno Pova 5G is said to be powered by an octa-core MediaTek Dimensity 900 chipset. The handset is reported to be available in a single variant which has 128GB of onboard storage. Other highlights about the phone include a hole-punch design and 6,000mAh battery.

Tecno Pova 5G price has been set at NGN 129,000 (roughly Rs. 23,500) in Nigeria, PhoneCorridor reports. The phone is said to come in a single 8GB + 128GB storage variant and will be available for purchase in multiple colour options, namely Dazzle Black, Polar Silver, and Power Blue. Separately, a Gizmochina report says the handset has been introduced with a price tag of $289 (roughly Rs. 21,600).

To recall, the 4G variant of Tecno Pova arrived in India in November this year with a price tag of Rs. 9,999 for the 4GB + 64GB storage variant, while the 6GB + 128GB storage option of the smartphone was launched at a price tag of Rs. 11,999. It comes in three different colour options — Dazzle Black, Magic Blue, and Speed Purple.

As mentioned, Tecno Pova 5G is said to carry a MediaTek Dimensity 900 SoC under the hood, coupled with 8GB of RAM and 128GB of onboard storage.

For optics, Tecno Pova 5G is said to have a triple rear camera system along with a quad-LED flash. The 50-megapixel primary camera-led camera unit is said to include a 13-megapixel secondary sensor and a 2-megapixel shooter. For selfies, the device is said to carry a 16-megapixel front-facing camera with dual-LED flash. For authentication, the new Tecno handset reportedly carries a side-mounted fingerprint sensor as well.