Tecno Pova 5G is the first smartphone from the company in India with 5G connectivity. 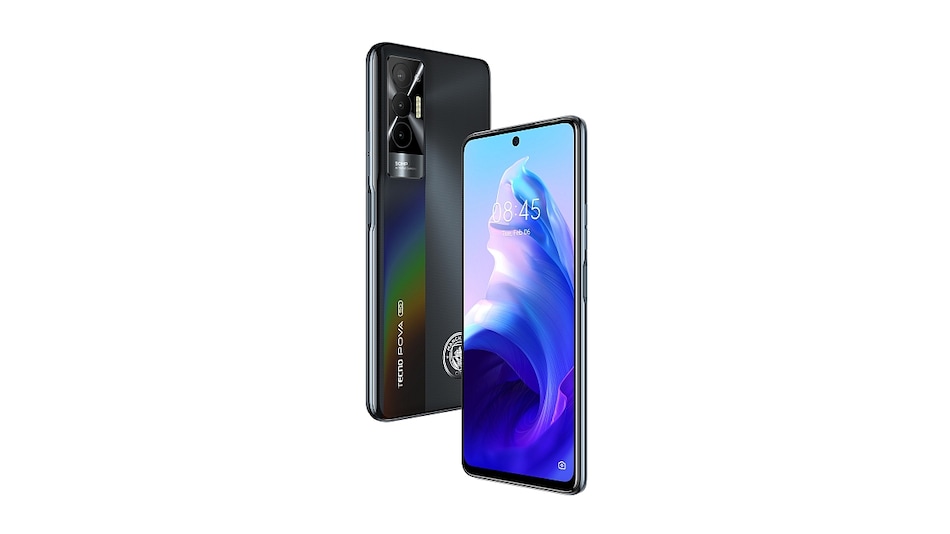 Tecno Pova 5G was launched in India on Tuesday, February 8 as the company's first 5G smartphone in the country. The smartphone is equipped with a MediaTek Dimensity 900 SoC paired with 8GB of RAM. Tecno Pova 5G features a triple rear camera setup with a 50-megapixel primary camera, along with the logo of popular football club Manchester City FC on the rear side. The smartphone can offer up to 32 days of standby and 183 hours of music playback with its 6,000mAh battery, according to the company.

Tecno Pova 5G price in India is set at Rs. 19,999 and the handset will be available in a single 8GB + 128GB RAM and storage model. The smartphone will be sold in an Aether Black colour option. Tecno Pova 5G will go on sale on Amazon starting February 14, and Tecno is offering a complimentary power bank worth Rs. 1,999 to the first 1,500 customers who purchase the smartphone.

The dual-SIM (Nano) Tecno Pova 5G smartphone runs on Android 11, with the company's HiOS 8.0 on top. The smartphone sports a 6.9-inch (1,080x2,460 pixels) full HD+ display with a 120Hz refresh rate and a 180Hz touch sampling rate. Tecno Pova 5G is powered by a MediaTek Dimensity 900 SoC under the hood, paired with 8GB of RAM. The company says that users can extend the available RAM up to 11GB using internal storage via its Memory Fusion technology.