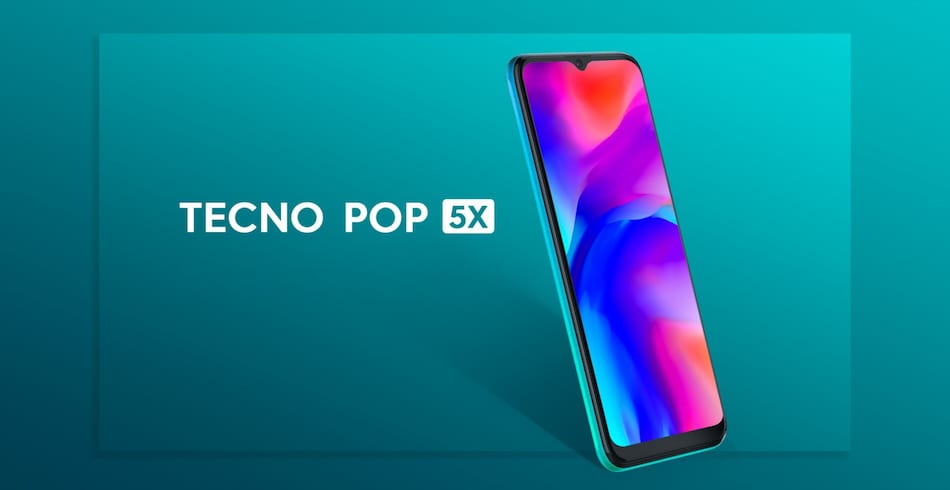 Tecno Pop 5X was recently launched by the company as part of its Pop series of smartphones. The company recently introduced Tecno Pop 5 Pro and Tecno Pop 5 LTE in India, but is yet to reveal if and when Tecno Pop 5X will arrive in the country. The smartphone, which has been launched in Mexico, is equipped with a 6.5-inch display. Tecno Pop 5X features a triple rear camera setup featuring an 8-megapixel primary camera and a 5-megapixel front-facing selfie camera.

Tecno Pop 5X price has not yet been revealed on the company's Mexico website yet. The listing shows the smartphone in two colour options: Cosmic Shine and Crystal Blue. The company is yet to reveal details about Tecno Pop 5X's availability in India and other markets, along with its price.

The dual-SIM (Nano) Tecno Pop 5X runs on Android 10 (Go edition). The smartphone sports a 6.5-inch (720x1,600 pixels) HD+ display with a waterdrop-style notch. Tecno Pop 5X is powered by an unspecified 1.4GHz quad-core SoC paired with 2GB of RAM. The handset is equipped with a triple rear camera setup and features an 8-megapixel primary camera, along with two QVGA resolution secondary and tertiary cameras. The smartphone sports a 5-megapixel selfie camera in the front.

Tecno Pop 5X comes with 32GB of inbuilt storage, which can be expanded via a microSD slot (Up to?). Connectivity options on Tecno Pop 5X include 4G LTE, Wi-Fi, Bluetooth, GPS, and FM. The smartphone runs on a 4,000mAh battery that is charged over a Micro-USB port. Tecno claims its AI-based power management offers improved battery performance by up to 10 percent. Tecno Pop 5X measures 166x75.90x8.5mm and weighs 150g, according to the company.