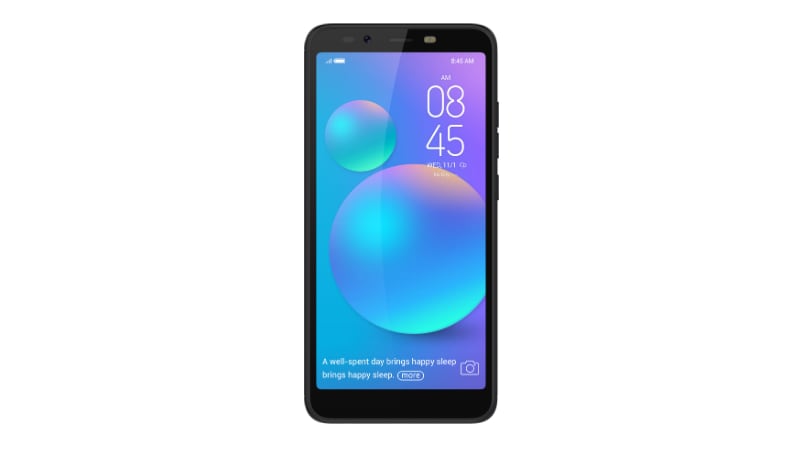 The new dual-SIM (Nano) Tecno Camon iAce sports a 5.5-inch full-HD+ display with 18:9 aspect ratio. It runs the HiOS custom skin based on Android 8.1 and is powered by the 1.5GHz quad-core MediaTek MT6739WW processor with 2GB RAM. On the back, it has a 13-megapixel camera, while the front camera has 8-megapixel resolution. Both the camera sensors have f/2.0 aperture and are backed by dual-LED flash, and the handset supports Face Unlock.

The Camon iAce has 16GB storage with support for storage expansion up to 128GB; the handset has a dedicated microSD card slot. Battery capacity is 3050mAh, and the phone comes in Champagne Gold, Midnight Black and Midnight Blue colours.

Tecno Camon iSky 2 has pretty much the same features as its sibling, but sports a dual rear camera setup with 13-megapixel + 0.3-megapixel sensors and dual LED flash. Unlike the Canon iAce, it has a fingerprint sensor to complement the Face Unlock functionality. As is the case with other Tecno phones, the two handsets will come with one-time screen replacement warranty, 100-day free replacement and 1-month extended warranty.

Gaurav Tikoo, CMO, Transsion India said, “Filling-in the gap for generation next, the latest Camon iAce & iSky 2 tick every box for consumer looking for a perfect camera-centric smartphone in the sub-Rs. 8,000 by offering the best combination of features at the great price.”