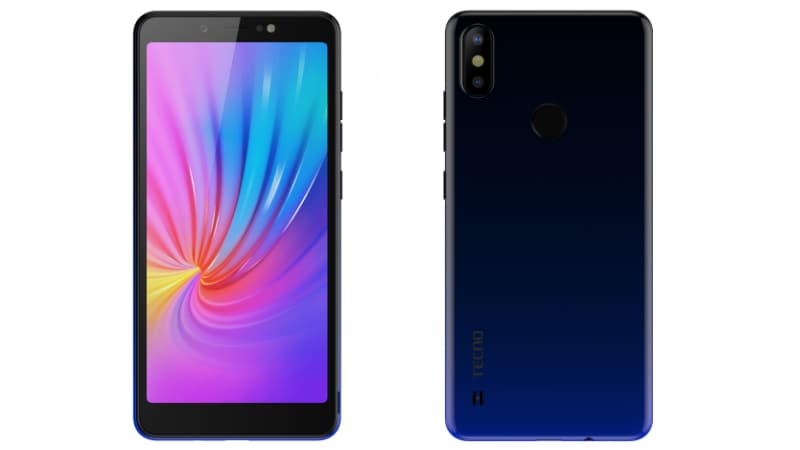 Tecno Mobile on Wednesday expanded its lineup with the launch of Camon iAce 2X and Camon iAce 2. Both new phones come with an 8-megapixel, AI (artificial intelligence) powered selfie cameras, and have gradient colour finish. The latest Tecno models come as the successor to the Tecno Camon iAce that was launched in India back in August last year. The Camon iAce 2 and iAce 2X both have 32GB of onboard storage and sport an HD+ display with an 18:9 aspect ratio.

Both new Tecno smartphones will go on sale in India later today through more than 35,000 retail outlets across India. The company has bundled its "111" service with the new models that is aimed to offer one-time screen replacement, 100-day free replacement, and one-month extended warranty.

As we mentioned, the new Tecno phones are the upgrade over the Camon iAce that was launched in India back in August last year. The handset carried a price tag of Rs. 6,779.

Tecno has provided a selfie LED soft light on both the Camon iAce 2 and Camon iAce 2X. The handsets also come preloaded with an AI beauty algorithm that is touted to scan up to 228 facial points. Further, there is an AI Bokeh model to blur the background to highlight the subject in a frame.

Specification-wise, the Tecno Camon iAce 2 and Camon iAce 2X have identical hardware, except 2GB RAM on the former and 3GB RAM on the latter. The dual-SIM, dual-VoLTE (Nano) Tecno phones run Android 8.1 Oreo with HiOS 4.1 on top and feature a 5.5-inch HD+ (720x1440 pixels) Full View Display with an 18:9 aspect ratio, 80.5 percent screen-to-body percentage, and 450 nites of brightness. The phones are powered by a quad-core MediaTek Helio A22 (MT6761) SoC, coupled with 2GB RAM and 3GB RAM options.

For photos and videos, the Tecno Camon iAce 2 and the Camon iAce 2X have a dual rear camera setup that includes a 13-megapixel primary sensor along with an f/1.8 lens and a VGA secondary sensor. The camera setup supports Night algorithm 2.0 and is accompanied by an LED flash. There is also an 8-megapixel sensor at the front along with an f/2.0 lens and a soft LED flash.

The Tecno Camon iAce 2 and Camon iAce 2X both have 32GB of onboard storage that is expandable via a dedicated microSD card (up to 128GB). In terms of connectivity, both models have 4G VoLTE, Wi-Fi 802.11 b/g/n, Bluetooth v5.0, GPS/ A-GPS, Micro-USB, and a 3.5mm headphone jack. Onboard sensors include an ambient light sensor, gravity sensor, and a proximity sensor. Also, there is a fingerprint sensor at the back. The smartphones also have an AI Face Lock feature. Besides, both pack a 3,050mAh battery and measure 148.3x71.9x8.48mm.