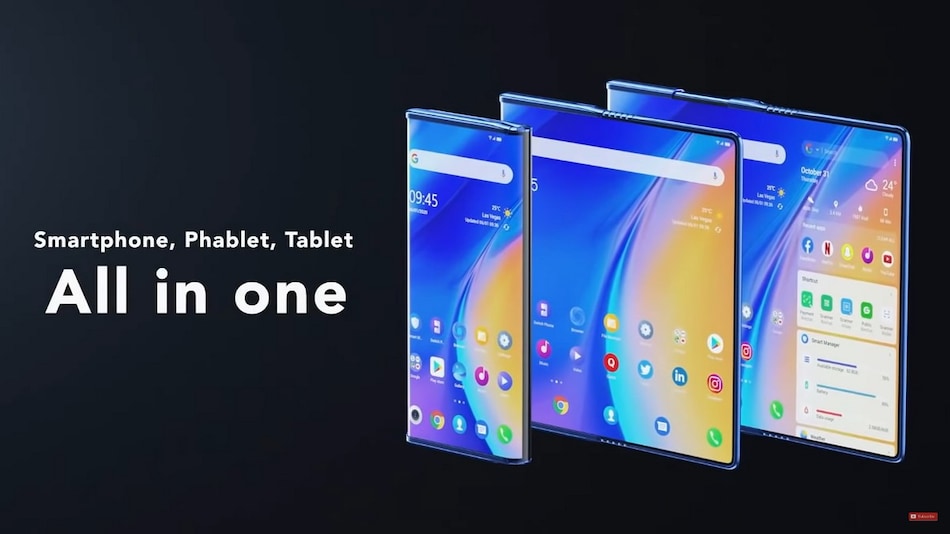 TCL 20 Pro 5G, TCL 20L, TCL 20L+, TCL 20S, and TCL Fold ‘n Roll concept phone have been unveiled. They are the newest additions to the company's TCL 20 5G and TCL 20 SE that were announced at CES 2021 in January. The new TCL 20 series of phones uses the company's Nxtvision display optimisation technology for accurate colours. The displays also filter out blue light and offer high screen-to-body ratio with an “one-piece” design. TCL Fold ‘n Roll is the brand's first flexible display phone that folds out for a bigger display and unrolls for an even bigger one.

As of now, there is no information on the global availability for the new TCL 20-series phones.

Connectivity options on the phones include 4G, Wi-Fi, NFC, Bluetooth 5.0, GPS/ A-GPS, and a USB Type-C port. Sensors include accelerometer, e-compass, gyro sensor, proximity sensor, and ambient light sensor. There is a fingerprint scanner as well. Both TCL 20L and TCL 20L+ come with 5,000mAh batteries with support for 18W fast charging. In terms of dimensions, both phones measures 166.2x76.9x9.1mm and weigh 199 grams.