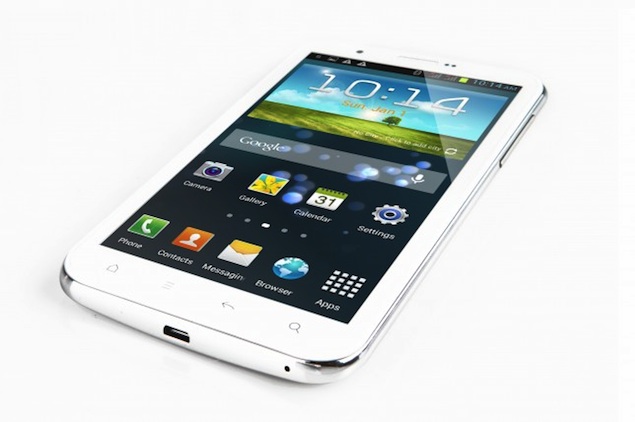 California based Swipe Telecom has launched a new budget Phablet in an alliance with MTV, the MTV Volt 1000 priced at Rs. 11,999.

The dual-SIM phablet is powered by a Mediatek (MTK 6577) 1GHz dual-core processor and has 1GB of RAM. It features a 6-inch display with a resolution of 480x854 pixels, which is a little disappointing.

The phablet runs Android 4.1 Jelly Bean. It offers 4GB of internal storage expandable up to 32GB via microSD card.

As part of the MTV branding, the device also has an inbuilt TV-player that offers on-the-go access to MTV and also features FM Radio with FM Transmitter.

The device will be available across multiple retail outlets in India, the Swipe e-store and with leading online portals as well.

Earlier this year, Swipe had launched another phablet, the MTV Volt, with a 6-inch screen as part of its 2 year licensing agreement with Viacom18 the network that runs MTV. The first MTV Volt had almost the same specifications except that it featured 512MB of RAM and a 3200 mAh battery.