Sundar Pichai to take over as Android chief from Andy Rubin 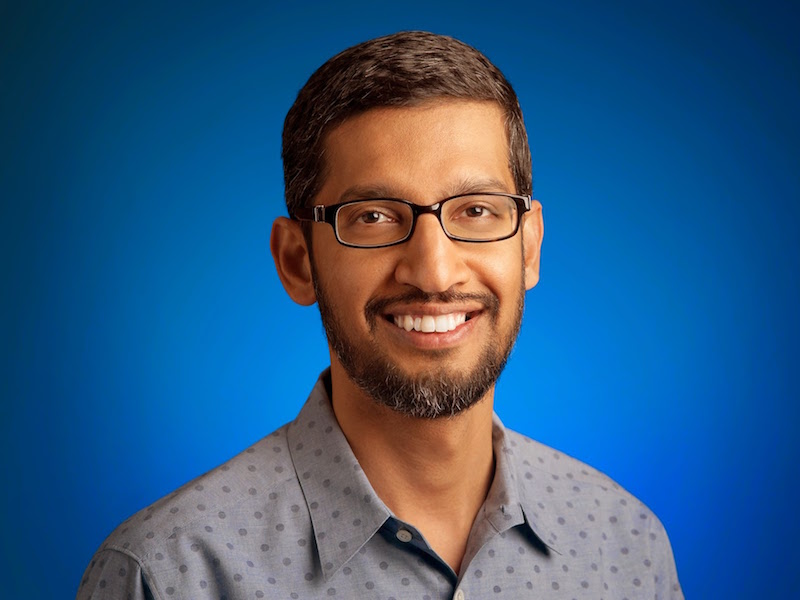 Andy Rubin has stepped down as the executive in charge of Google's Android operating system for smartphones and tablet computers, ending a seven-year reign that reshaped the technology industry.

The unexpected change announced Wednesday may raise new questions about Android's direction as Google duels with Apple Inc., Microsoft Corp. and a long list of other companies in the increasingly important mobile computing market.

Google is replacing Rubin with Sundar Pichai, an executive in charge of the company's Chrome Web browser and operating system for lightweight laptop computers. That move may heighten recurring speculation that the Chrome operating system eventually will supplant Android. Google executives so far only have said they want to make sure the two operating systems can operate cohesively together.

Pichai is a logical choice to succeed Rubin because there is probably going to be even more "natural confluence" between the Android and Chrome systems in the next few years, said Edward Jones analyst Josh Olson.

In a Wednesday blog post, Google CEO Larry Page said Rubin, 50, has reached a stage in his career where he wants to try something different after devoting so much time and energy to Android. Rubin, a longtime gadget lover who once worked at Apple, hatched Android at a startup that Google bought in 2005, when accessing the Internet from a mobile phone was still an exercise in frustration.

"Having exceeded even the crazy ambitious goals we dreamed of for Android - and with a really strong leadership team in place - Andy's decided it's time to hand over the reins and start a new chapter at Google," Page wrote. The company declined to disclose what Rubin's new role will be.

Although he isn't well-known outside the technology industry, Rubin ranked among the most influential figures in the early stages of the smartphone's development. Most viewed his team's work on Android as revolutionary, although the late Steve Jobs blasted the software as a shameless rip-off of the breakthroughs that Apple made with the 2007 introduction of the iPhone. The first phones running on Android came out more than a year after the iPhone's debut.

While Android's features mirror many of those on the iPhone, the way it's distributed is much different.

Rubin and his team built Android as a piece of "open-source" software that could be easily modified by other developers. That contrasts with the iPhone, whose software is tightly controlled by Apple. But Rubin also created the Nexus smartphone and tablet line as a showcase for the software.

Google also has always given away Android to device makers, content to make money from the advertising that it sells on the Google services built into the software. Making the software free has spawned an array of smartphones that are more affordable than the iPhone.

"The iPhone kind of showed the way for smartphones and then Android turned them into something that could be for everyone," said Gartner Inc. analyst Carolina Milanesi.

To herald Rubin's accomplishments, Page provided an update to Android's ubiquity Wednesday. He said the software is now running on more than 750 million smartphones and tablets throughout the world, making it the world's most widely used mobile operating system. Through December, Apple had sold about 440 million iPhones and iPads since those devices were released.

Android could get another boost Thursday with Samsung Electronics Co.'s expected release of the latest smartphone in its popular Galaxy line. Galaxy phones run on Android.

Relinquishing control of Android also has been a source of frustration for Google as device makers created different permutations of the operating system to suit their own goals. That has made it more difficult to ensure Android users have a consistent experience with the software and, in some cases, complicated Google's efforts to make money off its services in the mobile market.

Rubin's job got even tougher last year after Google bought cellphone maker Motorola Mobility for $12.4 billion. That deal raised concerns among other smartphone makers that Motorola Mobility might get preferential treatment from Android. The tensions injected a new dynamic into Rubin's duties as he sought to reassure device makers that Google intends to treat all its Android partners equally.

"I would imagine it was somewhat difficult for him to be focused on relationship management, given that he is really an entrepreneur at heart," Olson said. "Rubin took what was essentially a non-existent business in Android and made it into this global powerhouse. At this point, a lot of fun has been probably been wrung out of it."

Although he isn't focused on advertising sales, Pichai's success with the Chrome browser during the past four years has helped Google generate more revenue. That's because Google gains more insights into people's preferences as they use the Chrome browser to surf the Web. Google says more than 310 million people use Chrome.
Comments