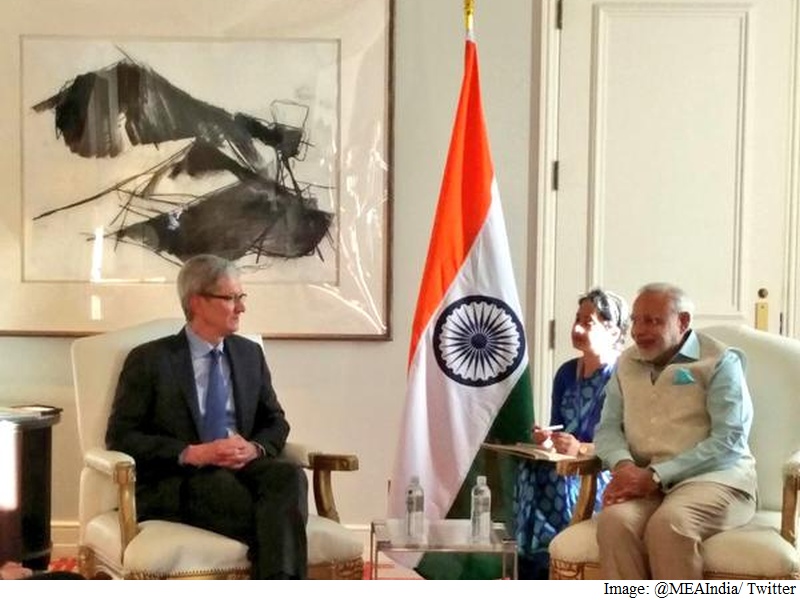 Apple has a unique relationship with India as its founder Steve Jobs went to India for inspiration, Apple CEO Tim Cook has said in a meeting with Prime Minister Narendra Modi in San Jose.

(Also see:  PM Modi in US: Beyond the Hype of Those Big Silicon Valley Announcements)

"We have a unique tie with India. Our founder Steve Jobs went to India for inspiration," External Affairs Ministry spokesperson Vikas Swarup quoted Cook as saying on Saturday.

Cook, who met PM Modi at his hotel, was among the first top CEOs to meet the premier on the first day of his arrival.

In a separate emailed statement to Gadgets 360,  an Apple representative said:

"Apple has been operating in India for nearly twenty years. We are fortunate to have many passionate customers along with a fast-growing developer community, and we're investing to expand our operations throughout the country. There are now over 4,000 places in India where customers can buy Apple products, and we look forward to launching iPhone 6s and iPhone 6s Plus there very soon."

Speaking at the dinner interaction, attended among others by Adobe CEO Shantanu Narayan, Microsoft CEO Satya Nadella, Qualcomm executive chairman Paul Jacobs, and Google CEO Sundar Pichai, Prime Minister Narendra Modi said, "As our economy and our lives get more wired, we are also giving the highest importance to data privacy and security, intellectual property rights and cyber-security... We will transform governance, making it more transparent, accountable, accessible and participative."