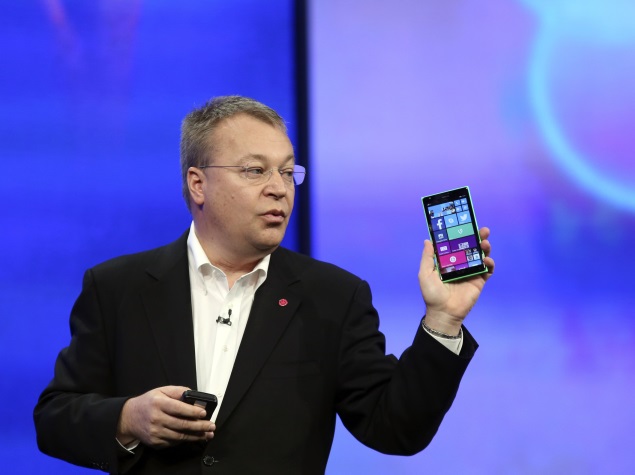 Former Nokia boss Stephen Elop will get 24.2 million euros ($33.4 million or Rs. 201 crores) in cash and shares after leaving the Finnish company, more than 25 percent higher than originally envisaged following a surge in its share price.

Nokia announced in September a 5.6-billion-euro deal to sell its handset unit to Microsoft.

Elop himself is returning to the software giant after the deal closed on Friday, and based on Nokia's share price in September he had been in line to get around 18.8 million euros for the early termination of his contract.

Elop, whose severance payment includes just over 4 million euros in cash, stood down as Nokia chief executive in September and led the phone unit from then until the closing of the deal with Microsoft. The unit's operating loss widened to 306 million euros in the first quarter of this year.

Microsoft paid 70 percent of the total severance payment, and Nokia the remaining 30 percent, Nokia said in its 2013 annual report.

In a separate filing, Nokia said Elop's successor's base salary was smaller than his, with Rajeev Suri set to get 1 million euros, compared with 1.1 million euros in Elop's contract.