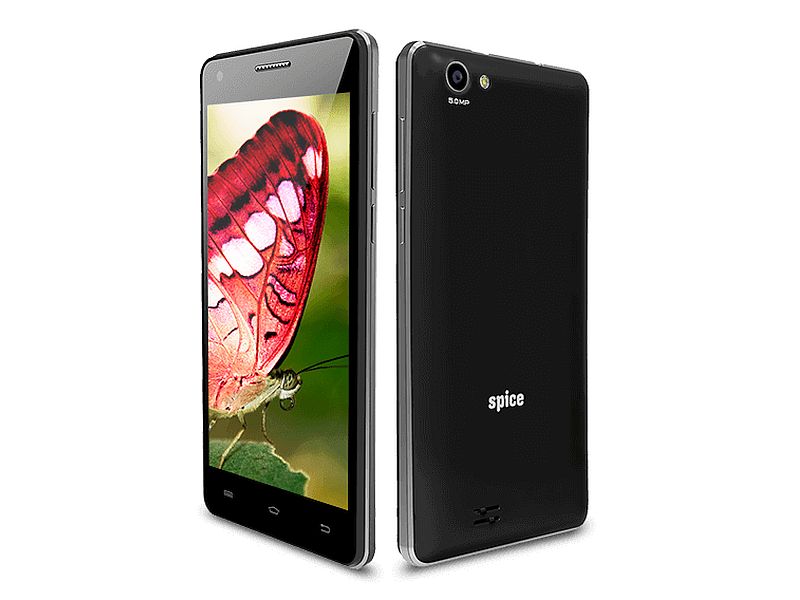 Spice has launched the XLife 511 Pro smartphone, listing it on its site with a price tag of Rs. 5,799. So far, there is no announcement from Spice about the handset. The official listing confirms that the smartphone will come bundled with a free selfie stick alongside a free flip cover.

The Spice XLife 511 Pro supports dual-SIM (3G+2G) cards and runs Android 4.4.2 KitKat out-of-the-box. It comes with a 5-inch display and is powered by a 1.2GHz quad-core processor coupled with 1GB of RAM.

It comes with 8GB of inbuilt storage, which is further expandable via microSD card (up to 32GB). The XLife 511 Pro sports an 8-megapixel rear camera with LED flash, while there is a secondary 3.2-megapixel front-facing camera also on board. On the connectivity front, the handset offers 3G, GPRS/ EDGE, Wi-Fi 802.11 b/g/n, Micro-USB, and Bluetooth options. The smartphone packs a 1750mAh battery.

It measures 145.5x73.7.8x9.4mm and is listed in Dark Blue, Black and Golden, as well as Blue and Silver colour variants.

Both the budget Spice XLife smartphones were listed initially on the company's site.