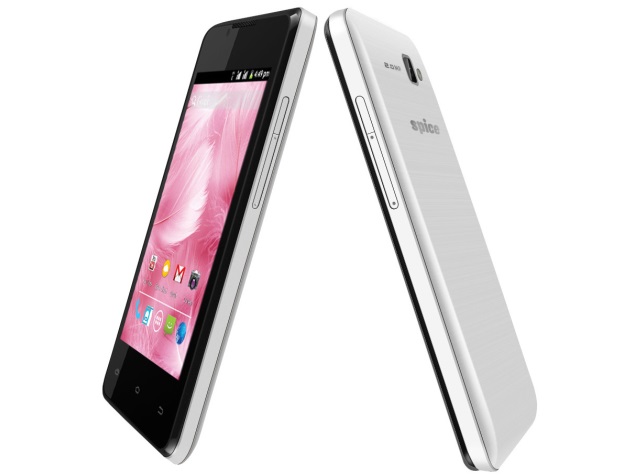 Spice, expanding its Stellar series, has launched the Stellar Glide (Mi-438) for the Indian market at Rs. 5,199.

The Spice Stellar Glide runs Android 4.2 Jelly Bean out-of-the-box and offers dual-SIM (GSM+GSM) support. It features a 4-inch display with OGS (one glass solution) technology, with no word on the screen resolution.

A dual-core processor (unspecified chipset) powers the smartphone, clocked at 1.3GHz, coupled with a 512MB of RAM. The Stellar Glide sports a 2-megapixel rear camera with LED flash, while there is a 1.3-megapixel front-facing camera also onboard.

The Stellar Glide comes with 4GB of in-built storage, which can be expanded up to 32GB via microSD card. It supports Bluetooth, Wi-Fi, GPS, AGPS, EDGE, GPRS and 3G connectivity options.

The Stellar Glide is backed by a 1350mAh battery, which is rated to deliver up to 170 hours of standby time and 4.5 hours of talk time.

Commenting on the launch T M Ramakrishnan, CEO, Devices, Spice Retail Ltd said, "Stellar Glide is a power-driven device in terms of its processor and expandable storage (up to 32 GB). At Spice, we believe in catering to consumers' needs and aspirations and the Stellar Glide with GMS certification is another potent effort from us in exceeding consumer expectations."