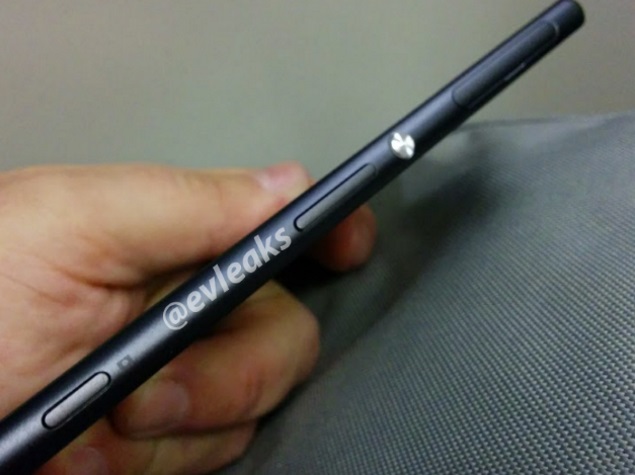 Sony is expected to be hard at work on its next flagship smartphone that's rumoured to be called Xperia Z3 and come with a major upgrade in specifications. Several leaks over the past few months have tipped numerous details about the anticipated handset.

The latest in the series of leaks, courtesy @evleaks, lists some specifications of the unannounced handset, and also claims to show the rear and side profile of the alleged Xperia Z3.

Popular phone tipster has claimed that the next Sony flagship will come with a model number D6653. Notably, the Xperia Z2 comes with model numbers D6502, D6503, and D6543 for the 3G and 4G models. 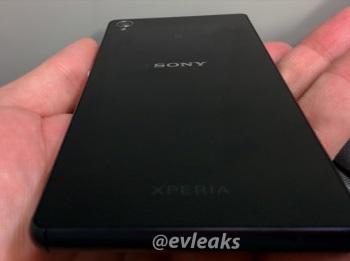 Much like the Xperia Z1 and Xperia Z2, the alleged successor Xperia Z3 is also tipped to sport a 20.7-megapixel rear camera. It is also said to include a 2.1-megapixel front camera.

The two leaked images claimed to show the rear panel and side profile of the anticipated handset indicate that the alleged Xperia Z3, much like its predecessors, features chamfered edges with tempered glass on the rear panel. A Sony logo can be seen in the middle of the leaked back panel image, while Xperia branding is seen at the bottom. The rear camera and LED flash are seen in the top right corner of the back panel.

The other leaked image is claimed to shows the side panel or profile of the alleged Xperia Z3, sporting rounded edges. The leaked side panel image appears to be of the right panel, and shows physical buttons for camera, power, and volume rocker, apart from housing a flap. The flap can be expected to be a common flap for covering microSD and SIM card slots. The handset in the leaked image also appears to marginally taller than the Xperia Z2 (Review | Pictures).

It's worth noting that Sony had confirmed that it would launch a refreshed flagship smartphone every six months, which is the company's mantra to keep its smartphone up-to-date in terms of innards and software, unlike HTC and Samsung.

The Sony Xperia Z2 launched this year, and came seven months after the Xperia Z1's launch and was an incremental upgrade to last year's flagship.

Earlier this month, the alleged Xperia Z3 surfaced online in leaked images that were claimed to show its front panel and rear camera.