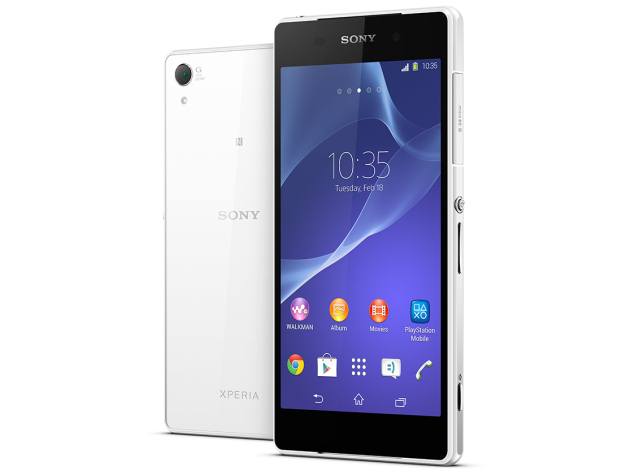 Sony Corp. is borrowing innovations from its audio and camcorder businesses and incorporating its new Xperia Z2 smartphone with noise-canceling technology and ultra-high-definition video recording.

"With Xperia Z2 we have taken our premium Z series to the next level, delivering unique experiences that only Sony can offer," Kunimasa Suzuki, Sony Mobile's president and CEO, said in a statement.

Monday's announcement at the Mobile World Congress wireless show in Barcelona, Spain, comes just weeks after Sony said it was selling its Vaio personal computer operations and making its Bravia TV business a subsidiary company. Sony also plans to cut its global workforce by about 3 percent, or 5,000 people, by the end of March 2015.

Sony, once an electronics powerhouse when its Walkman music players defined what portable gadgets should be, has had difficulty keeping up with Samsung and other rivals in various consumer electronics.

Phones are no different. Despite favorable reviews, Sony phones haven't had much traction in an industry dominated by Apple Inc. and Samsung Electronics Co.

With the Z2, Sony is trying to innovate on hardware, while many of the groundbreaking features in rival devices have been in their software.

The Z2 sports the same 20.7 megapixel camera found in its predecessors, the Z1 and the Z1s. Most other smartphone cameras have 8 to 13 megapixels. The Z2 is waterproof, like the Z1 phones, and its screen is slightly larger, at 5.2 inches diagonally instead of 5 inches.

The tablet is also called the Xperia Z2 and features a 10.1-inch screen, larger than most full-size tablets. It is also waterproof. The Wi-Fi-only model weights 426 grams (0.94 pound), which is lighter than Apple's lightweight iPad Air, despite the Z2's larger size.

Sony's Xperia M2, meanwhile, is meant as a cheaper alternative to the Z2. Its camera isn't as powerful, at only 8 megapixels, and the screen is only 4.8 inches.

Sony is making a version of the M2 with two SIM card slots, something in demand in emerging markets, where plans vary so much that people often have service with multiple carriers and use what's most economical for the circumstance.

Both Z2 devices will be available in March, while the M2 is slated for April. Sony did not immediately announce prices or specific U.S. plans. Sony sometimes makes phones available in the U.S. later than elsewhere around the world.