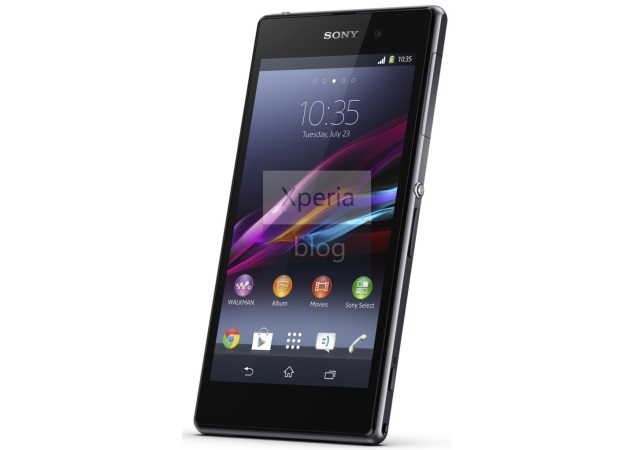 Sony's upcoming flagship smartphone, the Xperia Z1 has been an attention seeker ever since the device was first spotted. Finally the Japanese major will pull the curtains from the long-rumoured phone on Wednesday, as reported earlier but it seems that an official press release of the smartphone has spill the beans before the official unveiling.

The leaked press release reveals the specifications of the Xperia Z1 that include a 5-inch TFT display with 1080x1980 pixels resolution. Much like the Sony Xperia Z Ultra, the Xperia Z1 would also feature a TRILUMINOS display and X-Reality for mobile. It is powered by a quad-core Qualcomm Snapdragon 800 MSM8974 processor clocked at 2.2GHz with Adreno 330 graphics. It will also include 2GB of RAM, 16GB internal storage, a microSD memory card slot and a 3000mAh battery capacity. The Sony Xperia Z1 will run Android 4.2.2 Jelly Bean.

It will ship in three colours Black, Purple and White. The press release also notes that the handset will go on sale globally in September.