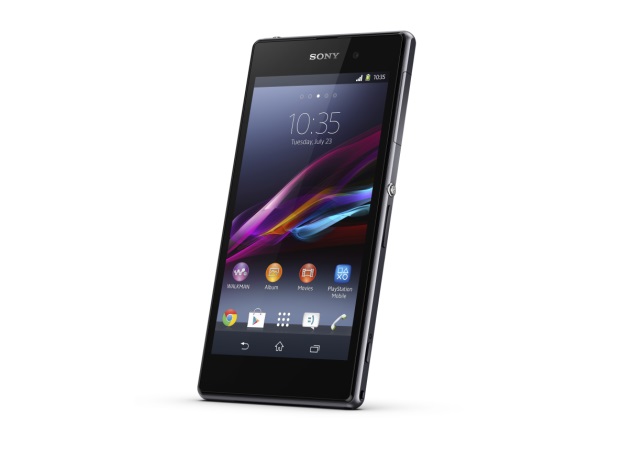 Sony has launched its latest flagship smartphone, the Xperia Z1, in India. The phone was unveiled at IFA, Berlin earlier this month.

Sony Xperia Z1 comes with 5-inch full-HD display and the power of a 2.2GHz quad-core Qualcomm Snapdragon 800 processor, recently seen inside the blazing fast Sony Xperia Z Ultra (Review), alongside 2GB of RAM. The Xperia Z1 comes with 16GB of internal storage, that can be expanded by up to 64GB via a microSD card. The phone runs Android 4.2 Jelly Bean with a 3,000mAh battery underneath.

One of the highlights of the Sony Xperia Z1 is its camera, with Sony's own G Lens with 27mm wide angle and f/2.0 aperture. The camera comes with a large 1/2.3-type CMOS 20-megapixel image sensor Exmor RS with BIONZ mobile image processing engine.

The camera comes with software enhancements like Social live, which lets you broadcast live to Facebook and get your friends' comments right on your screen. Info-eye is a visual search function that provides related information on landmarks and on items such as books or wine by capturing them with the camera. AR effect overlays a selection of customisable animations to create pictures using Sony's SmartAR augmented reality technology.

The Sony Xperia Z1 also comes with a timeshift burst, that takes 61 images in 2 seconds, a second before and after pressing the shutter, so you can scroll back and forth to find the image you like.

In line with other recent Xperia devices, the Sony Xperia Z1 is dust resistant and waterproof, and comes with pre-loaded apps like Sony Music and Sony LIV, which offer access to Sony's catalog of music and TV programming respectively.

Sony Xperia Z1 is priced at Rs. 44,990 and will be available with retailers across the country starting Wednesday, September 18.