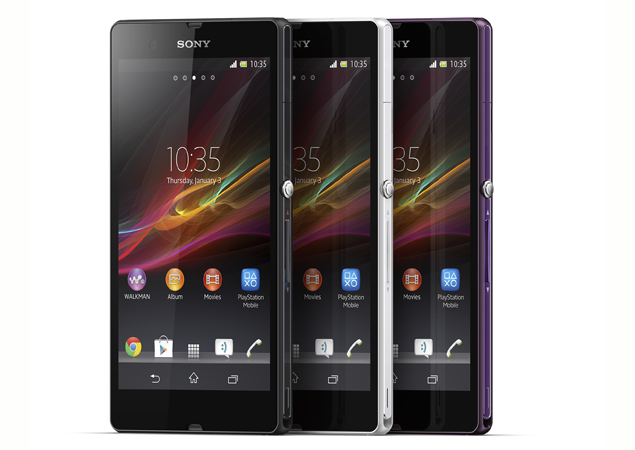 Sony had announced its latest flagship smartphones Sony Xpera Z and Xperia ZL at Consumer Electronics Show (CES) 2013. At the time of launch, Sony had indicated that these devices will be making its way to the market soon and as per report on Xperia Blog, Sony Xperia Z (SO-02E) is already available in Japan for 80,430 Yen sans contract.

The device is available through the operator NTT DoCoMo. Xperia Blog also indicates that the smartphone is selling like hot cakes and only the ones who had pre-booked it may manage to get it on Monday. The others will have to wait a bit to get their hands on Sony Xperia Z.

If reports in GSM Arena are to be believed then this smartphone should be available in Europe by the end of February. There are rumours doing the rounds this smartphone will cost 529 pounds without contract. Even Sony Mobile India has listed Xperia Z and Xperia ZL smartphones on their website as well and as per our sources the smartphone should be available by March 2013. However, there's no word about India pricing at this stage. It is expected that Sony Xperia ZL should also be hitting the market soon but there is no word on that as of now.

Just to recap, Sony Xperia Z smartphone comes with 5-inch LCD TFT touchscreen Reality display with a resolution of 1920x1080 pixels. Sony has also Mobile Bravia Engine 2 to the display to make pictures more brighter and sharper. The other specifications include 1.5GHz Snapdragon S4 Pro quad-core processor with 2GB of RAM, 16GB internal storage, which can be expanded by up to 32GB via microSD card. The smartphone also comes with 13-megapixel rear camera and runs on Android 4.1 (Jelly Bean). The Xperia Z is IP55 and IP57 certified, which means it is dust and water resistant.

Sony Xperia ZL is a design variant of the Xperia Z, sporting similar specifications in a smaller form factor.