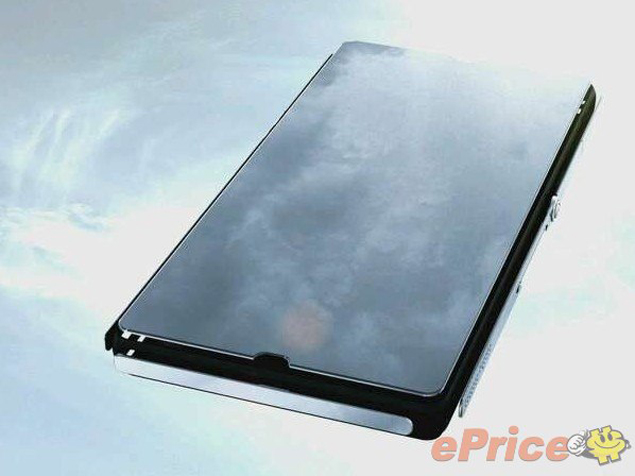 A few days earlier we reported that the much rumoured 5-inch Sony C660X Yuga smartphone will likely be launched as the Xperia Z and could make a debut at CES next year.

Unwired View now reports that Chinese site ePrice has offered details regarding pricing and availability of the device. The new Xperia Z smartphone will indeed be announced by Sony at CES 2013 and is expected to go on sale in China on January 15 for around 4,298 CNY ($690 or €520).

A quick specs recap, the Xperia Z apparently sports a 5-inch 1080p (1920 x 1080 pixels) display at 440ppi with Sony's Mobile Bravia Engine and runs on Android 4.1.1 Jelly Bean. It is powered by a Qualcomm Snapdragon S4 Pro quad-core processor with 2GB RAM and 16GB internal storage, which is expandable by another 128GB.

Other features include a 12-megapixel rear camera (as opposed to the 16-megapixel mentioned earlier), micro-USB as well as USB host mode, 802.11 a/b/g/n in both 2.4GHz and 5GHz modes, Bluetooth 4.0, LTE and NFC.

Considering it's a full-HD smartphone, it will be competing in the same league as the recently launched Nubia Z5 from ZTE, HTC's J Butterfly and Samsung's next flagship device, the Galaxy S IV.

The website is also reporting that the Xperia Z will have a sister variant in the form of Xperia X. The latter is expected to be cheaper than the Xperia Z and also sport a slightly different design. However, it remains unclear whether or not the device will be released alongside the Xperia Z. It goes on to say that Sony will be releasing 3-4 new smartphones in the first half of 2013.

That said, could this be the mid-range Android smartphone from Sony, the C5303 codenamed HuaShan? Mentioned a few days ago by the Xperia blog the device apparently will be part of a C530X series, alongside the C5302 and C5306. Many countries could witness the launch of the device including China. Looks like we will have to wait it out until CES 2013.