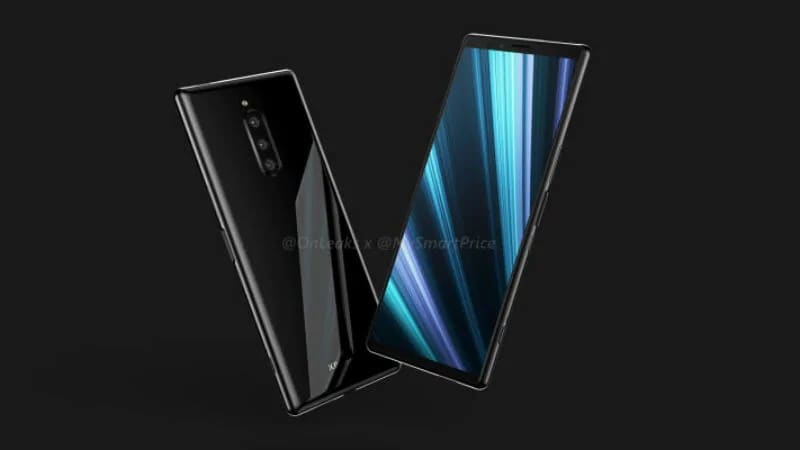 The Sony Xperia XZ4’s CinemaWide display will reportedly have a 21:9 aspect ratio

Sony's upcoming Xperia XZ4 flagship has long been rumoured to sport a tall display with a 21:9 aspect ratio for a more immersive visual experience. A trademark granted to Sony earlier this month suggests that the Sony Xperia XZ4's display might be marketed as “CinemaWide”. Moreover, the upcoming smartphone has reportedly been certified by TENAA, serving as an indication that the Sony Xperia XZ4 is nearing its official launch. The alleged listing on the TENAA database also revealed some key specifications of the smartphone such as its display size, resolution, processor, memory configuration, and colour options among others. However, we urge readers to take this information with the proverbial pinch of salt as we were not able to independently verify it.

Spotted by LetsGoDigital, the CinemaWide trademark granted to Sony by the European Union Intellectual Property Office (EUIPO) covers 'Class 9' electronic devices which include smartphones. While the trademark document does not reveal anything specific about the size or resolution of the display, previous leaks have indicated that the Sony Xperia XZ4 will come equipped with a 6.5-inch OLED display with a QHD+ (1440x3360 pixels) resolution and a 21:9 aspect ratio. The display will reportedly be protected by a layer of Corning Gorilla Glass 5 and will also have support for HDR content playback.

The Sony Xperia XZ4 has also reportedly been certified by Chinese regulatory authority - TENAA. The upcoming Sony flagship's TENAA listing was reportedly shared on Reddit, reports Sumahoinfo, which adds it was unable to verify it. We tried looking for the Sony Xperia XZ4's official TENAA listing but couldn't find one. As for the listing itself, it revealed that the upcoming smartphone will be powered by a processor clocked at 2.84GHz. The SoC in question is reportedly the Qualcomm Snapdragon 855, something we've already heard about in an alleged Geekbench listing of the Sony Xperia XZ4.

Other key specifications tipped by the alleged TENAA listing of the Sony Xperia XZ4 include 8GB of RAM, 256GB of internal storage, and a 3,680mAh battery while Android Pie will handle things on the software side. Furthermore, the upcoming smartphone will reportedly be launched in Black, White and Purple colour variants and is expected to be unveiled at MWC 2019 later this month.

How to Activate DND on BSNL or MTNL Mobile Number
Will Jio GigaFiber Have the Same Impact That Jio 4G Did?