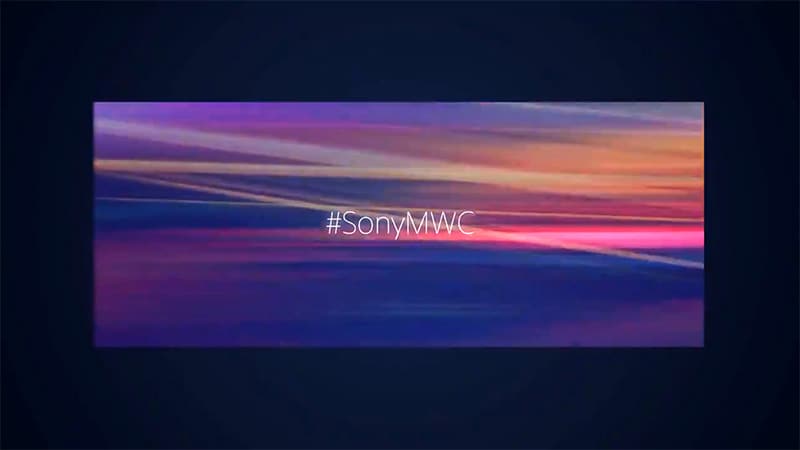 Sony will be unveiling its new phones on February 25

Sony is expected to have a big presence this Mobile World Congress in Barcelona, where we expect to see at least four new launches from the Japanese tech giant. Three out of the four expected launches - Sony Xperia XZ4, Xperia 10, and Xperia 10 Plus - have been suggested to come with a new mobile display aspect ratio. Sony calls it a CinemaWide display and it has a 21:9 aspect ratio, similar to what you'll find in many films.

The rumours of the new display seem to be falling in place as Sony recently posted a cryptic teaser video on Twitter with what appears to be a 21:9 screen with just #SonyMWC written on it. The moving pattern on the screen also seems to match the wallpaper pattern we've seen on the leaked renders of the Sony Xperia 10 smartphone.

Previous leaks had indicated that the Sony Xperia XZ4 will come equipped with a 6.5-inch OLED display with a QHD+ (1440x3360 pixels) resolution and a 21:9 aspect ratio. The display will reportedly be protected by a layer of Corning Gorilla Glass 5 and will also have HDR support.

It was also reported, that the Xperia 10 model will have a nearly 6-inch full-HD+ (1080x2560 pixels) display along with a 21:9 aspect ratio. The Sony Xperia 10 Plus would be a bigger model with a 6.5-inch full-HD+ display and a 21:9 aspect ratio. These were previously thought to be called the Sony Xperia XA3 and Xperia XA3 Ultra, but the company reportedly revised the naming thanks the significant differences from the previous generation.

Sony is expected to reveal these new smartphones along with its budget offering - Xperia L3 - at its MWC presentation on February 25.

How to Check PF Balance — Online, by UAN, via SMS, and Missed Call
Apex Legends to Get Free, Paid Battle Pass, and Recruit Mode: Reports