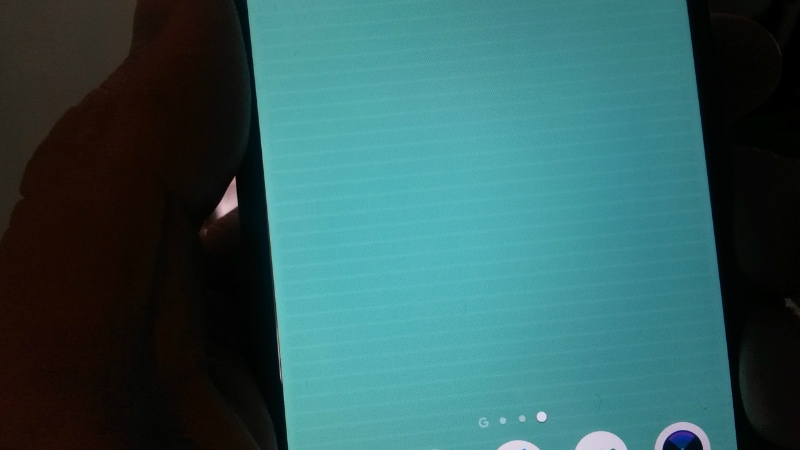 Many Sony Xperia XZ1 and Sony Xperia XZ2 users have complained of a display issue recently on Sony forums. Apparently, rubbing the screen with their fingers makes white horizontal lines and dots appear on the display. While these dots and lines disappear after a while, users are worried that it may get worse over time. Sony has apparently responded to the issue claiming that it is a characteristic of the display and not a functional fault.

Disgruntled users have taken to the forums to complain about weird white lines and dots appearing on their display whenever they rub or touch the screen with fingers. The white lines and dots disappear after a while. Sony admits that it is aware about this issue on the Xperia XZ1 and Xperia XZ2, but claims that it's just a feature of the display, and not a functional defect.

The company issues a statement to Xperia blog stating, "Sony Mobile is committed to providing the highest standard of product quality and customer service for all of our products. Due to the characteristic of the display, you may see stripe patterns as a result of electrostatic in some models. This is not a functional defect and usually the stripe patterns fade away as the electrostatic disappears."

This means that Sony does not think it's a hardware defect, and therefore no replacements will be issued. For all Sony Xperia XZ1 and Xperia XZ2 users, this comes as a disappointment, after shelling out a tonne of cash for the flagship smartphones.

To recall, the Sony Xperia XZ1 was launched last year in September in India, with a price tag of Rs. 44,990. The Sony Xperia XZ2 was unveiled at MWC this year, however it hasn't been launched in India yet. The Xperia XZ2 is available in Europe for a price of EUR 799 (roughly Rs. 63,700).