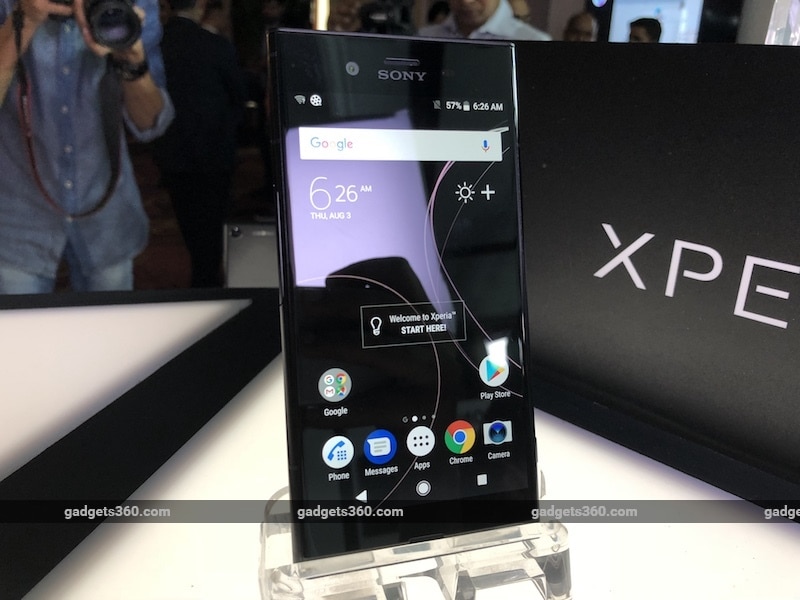 The Sony Xperia XZ1 price in India is Rs. 44,990, and it will be going on sale starting Monday, September 25 itself via both offline and online stores. The company has made the smartphone available in its Black colour variant. The smartphone will be bundled with a Quick Charger 3.0 UCH1.2, and other launch offers include a Rs. 1,000 discount on the Rs. 3,490 Style Stand Cover; 5 percent cashback on HDFC and ICICI cards, as well as zero percent EMI offers.

The high-end Sony Xperia XZ1 comes with a MotionEye 19-megapixel Exmor RS sensor camera with 3D scanning abilities as its highlighted feature. The rear camera supports 5-axis stabilisation and is capable of doing slow-motion video recording at 960fps, as the one we saw in Xperia XZ Premium, in addition to 4K video recording. In India, the company is only bringing the latter variant to the market. On the front, Sony Xperia XZ1 features a 13-megapixel camera with an aperture of f/2.0 and 22mm wide-angle lens for group selfies. It is also powered by Sony's Exmor RS mobile imaging sensor.

The Sony Xperia XZ1 features a 'flagship loop surface' with a metal unibody. The Sony Xperia XZ1 is powered by a 64-bit Qualcomm Snapdragon 835 SoC coupled with 4GB of RAM and Adreno 540 GPU. It features a 5.2-inch full-HD (1080x1920 pixels) HDR display powered by Sony's Triluminos display and X-Reality technology configured for mobiles. It is also protected with Corning Gorilla Glass 5. On the storage part, the Sony Xperia XZ1 packs 64GB of inbuilt storage with an option to expand it further using a microSD card (up to 256GB). The connectivity options in the smartphone comprise 4G VoLTE, Bluetooth, Wi-Fi, USB OTG, USB Type-C, and GPS among others.

The Sony Xperia XZ1 has a fingerprint scanner embedded on the power button. It packs a 2700mAh battery that supports Quick Charge 3.0 technology. The smartphone is water and dust resistant with an IP68 certification. For audio, the smartphone comes with Hi-Res Audio, digital noise cancellation, S-Force surround sound, stereo recording, and Qualcomm's own aptX audio software. It measures 148x73x7.4mm and weighs 156 grams.