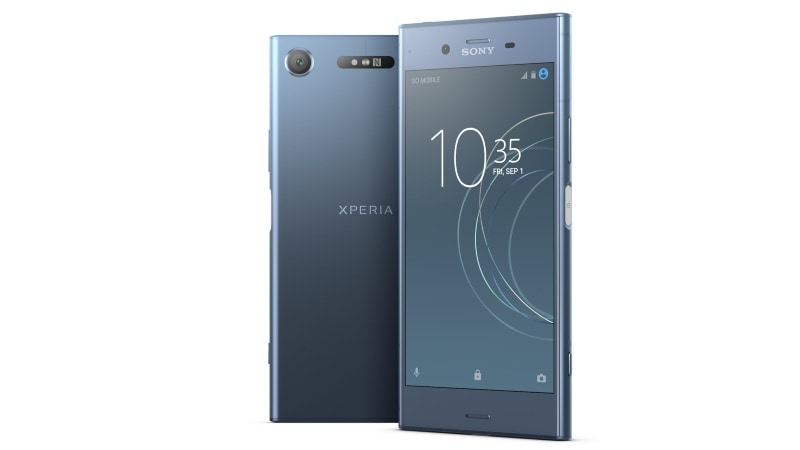 Sony at the IFA 2017 trade show launched three smartphones - Xperia XZ1, Xperia XZ1 Compact, and Xperia XA1 Plus. These smartphones are the latest additions to company's Xperia X lineup with features such as MotionEye camera with 3D-image sensing, Hi-Res Audio, and an HDR display. The Sony Xperia XZ1 and Xperia XZ1 Compact are priced $699.99 (roughly Rs. 45,000) and $599.99 (roughly Rs. 38,500) respectively in the US, and will ship with Android 8.0 Oreo starting September. The Sony Xperia XA1 Plus has no price tag so far, but will start shipping in the Autumn.

Sony Xperia XZ1 specifications, features
The high-end Sony Xperia XZ1 comes with a MotionEye 19-megapixel Exmor RS sensor camera with 3D scanning abilities as its highlighted feature. The rear camera supports 5-axis stabilisation and is capable of doing slow-motion video recording at 960fps, as the one we saw in Xperia XZ Premium, in addition to 4K video recording. It will be available in single-SIM and dual-SIM variants.

The Sony Xperia XZ1 features a 'flagship loop surface' with a metal unibody. It will be shipped with Android 8.0 Oreo. The Sony Xperia XZ1 is powered by a 64-bit Qualcomm Snapdragon 835 SoC coupled with 4GB of RAM and Adreno 540 GPU. It features a 5.2-inch full-HD (1080x1920 pixels) HDR display powered by Sony's Triluminous display and X-Reality technology configured for mobiles. It is also protected with Corning Gorilla Glass 5.

The Xperia XZ1 will be available in Moonlit Blue, Venus Pink, Warm Silver, and Black colours. It measures 148x73x7.4mm and weighs 156 grams.

Sony Xperia XZ1 Compact specifications, features
The Sony Xperia XZ1 Compact is the compact sibling of Xperia XZ1. It comes with the same Snapdragon 835 SoC with 4GB of RAM and Adreno 540 GPU. However, the display packed in the smartphone is not an HDR display, but Sony's plain Triluminous 4.6-inch HD (720x1280 pixels) display with dynamic contrast enhancements.

For cameras, it sports the same 13-megapixel rear camera as the Xperia XZ1 with all the functionalities and features. However, the front-facing camera on this smartphone is an 18-megapixel shooter with an aperture of f/2.4, along with 120-degree field of view. It packs 32GB of inbuilt storage that can be expanded using a microSD card (up to 256GB). The smartphone measures 129x65x9.3mm and weighs 143 grams. It comes only in a single SIM card variant, unlike the Xperia XZ1.

Android 8.0 Oreo will also be present on this smartphone at the time of shipping. It comes in Black, White Silver, Horizon Blue, and Twilight Pink colours. Rest of the specifications such as the sound and audio features, image sensing, water and dust resistance support, fingerprint scanner, and connectivity options are similar to the big sibling.

Coming to the specifications in detail, the Sony Xperia XA1 Plus is a dual SIM-card (Nano+Nano) supporting smartphone that runs Android Nougat out-of-the-box. It is powered by a 64-bit octa-core MediaTek Helio P20 SoC (four clocked at 2.3GHz and rest four at 1.6GHz) coupled with 4GB of RAM and Mali T-880 MP2 GPU for graphics. It packs a 5.5-inch Full-HD (1080x1920 pixels) display.

The rear camera sports a 23-megapixel Exmor RS sensor with hybrid autofocus and 24mm wide-angle f/2.0 aperture lens. The smartphone has an 8-megapixel selfie camera with 23mm f/2.0 aperture lens that is capable of taking low-light photographs at an ISO3200. The smartphone has a 32GB of inbuilt storage that can be expanded further via a microSD card (up to 256GB). The Sony Xperia XA1 Plus packs a 3430mAh battery under the hood with Quick Charge 2.0+. It measures 155x75x8.7mm and weighs 190 grams.