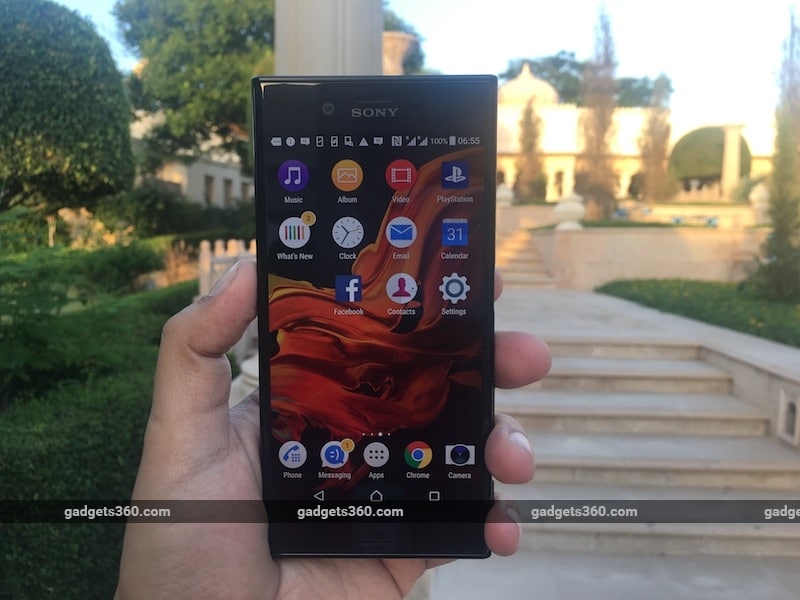 At a media event in Udaipur on Thursday, Sony India unveiled its latest flagship smartphone, the Xperia XZ. Pre-bookings for the Sony Xperia XZ open on October 1 via Amazon.in, and in retail stores across the country. The smartphone will be available in India starting October 11, carrying an MRP of Rs. 51,990 and a best buy price of Rs. 49,990. Customers who pre-book the smartphone will get a free Sony SWR30 SmartBand worth Rs. 8,990 with their Xperia XZ unit.

According to Sony, the highlight of the Xperia XZ is its camera, which packs in three rear camera sensors - the CMOS sensor can track and predict movement of objects in frame, reducing the chances of blurred shots; the laser autofocus sensor makes the camera better at locking focus on objects, especially in low-light conditions; and the RGBC-IR sensor aims to provide accurate colour reproduction.

All this is backed by the 6-element f/2.0 Sony G lens, and a 23-megapixel Exmor RS sensor as well as Sony’s own ‘Bionz for mobile’ image processor. You now also get manual control over focusing and shutter speed.

The Sony Xperia XZ variant launching in India is a hybrid dual-SIM unit, with support for 4G VoLTE on both SIMs. Additionally, this model comes with 64GB of inbuilt storage, compared to 32GB seen on the single-SIM variant. The Snapdragon 820-powered Sony Xperia XZ packs in 3GB of RAM, features USB Type-C connectivity, and is powered by a 2900mAh battery.

Bundled in the package is the Sony UCH12W quick charger, and the Xperia XZ is rated to deliver 5.5 hours of talk time on 10 minutes of charge. The phone also packs in Qnovo adaptive charging and a mechanism that Sony calls ‘intelligent battery charge’, which we will explore in detail in our first impressions piece soon and report on its performance in our detailed review at a later date.

Disclosure: The correspondent’s flights and hotel for the trip to Udaipur were sponsored by Sony.