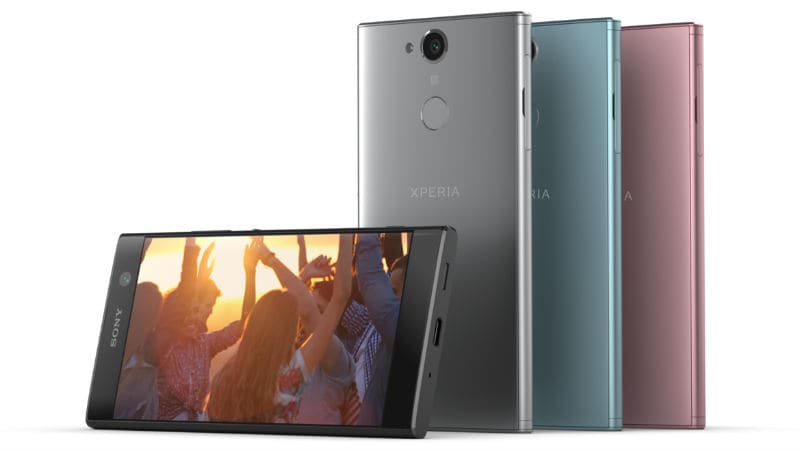 It is expected that Sony will launch the smartphones in India as its predecessors made it to India last year - the Xperia XA1 in April 2017 and Xperia XA1 Ultra in July 2017. It did not launch the Xperia L1 in India however.

The new Xperia XA series smartphones have been aimed at selfie-lovers. The Xperia XA2 and Xperia XA2 Ultra offer upgrades over the previously launched Xperia XA1 and Xperia XA1 Ultra. Both models also bear Sony's 23-megapixel Exmor RS sensors on the rear cameras. Unlike some of the widely popular mid-range options, the new Xperia XA2 range doesn't have a full-screen, thin-bezel display.

Both the new Android Oreo-based Sony Xperia smartphones are powered by a Qualcomm Snapdragon 630 SoC. The Xperia XA2 has 3GB of RAM, while the Xperia XA2 Ultra has 4GB of RAM. The smartphones have a 23-megapixel Exmor RS camera sensor that comes in 1/2.3-inch size and has 84-degree, f/2.0 wide-angle lens. The camera sensor has hybrid autofocus and supports 4K video recording in addition to the company's proprietary SteadyShot functionality.

Meanwhile, Sony had launched the Xperia L2 with a 120-degree, wide-angle selfie camera with 8-megapixel resolution. It is powered by quad-core MediaTek MT6737T processor and it comes with 3GB of RAM. The phone packs 32GB of internal storage that can be expanded up to 256GB via a microSD card. It runs Android 7.1.1 and is powered by a 3300mAh non-removable battery.

Super Blue Blood Moon 2018: What Is It, and When and Where to Watch It in India
Anthem Delayed to 2019, New Battlefield Game Out in October: EA