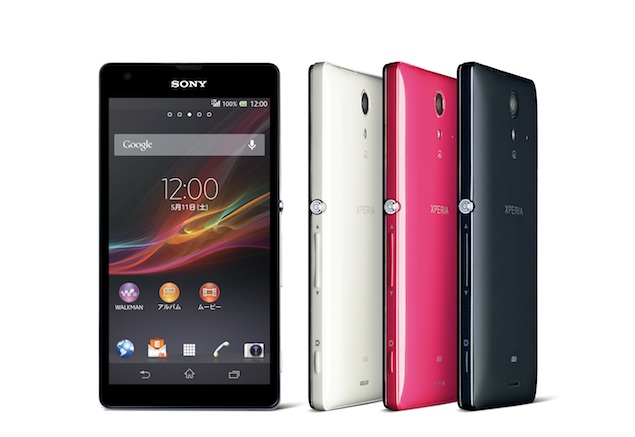 Sony has launched a new smartphone, Xperia UL, in the Japanese market with carrier KDDI.

Just like the recently launched Xperia A and Xperia ZR, this phone is also water and dust resistant and can withstand 1.5 metres of still water for 30 minutes. The phone is inline with Sony's new design philosophy that we've seen in phones such as the Xperia Z, Xperia SP, Xperia A and Xperia ZR and has the same signature aluminium power button that resembles a watch crown. It also features a thin strip towards the bottom which is essentially an LED light that lights up in different colours just like the Xperia SP.

Coming to the hardware specifications, the Xperia UL sports a 5-inch Reality display with a resolution of 1080x1920 pixels packing in 443 pixels per inch incorporating Sony's mobile Bravia engine 2 for better looking images and videos. It's powered by a 1.5GHz Qualcomm Snapdragon S4 APQ8064 quad-core processor and has 2GB of RAM. It runs Android 4.1 Jelly Bean.

The smartphone features a 13.1-megapixel rear camera with Exmor RS for mobile and a VGA front facing camera. It offers 16GB of internal storage expandable up to 64GB via memory card (microSD / microSDHC / microSDXC ). The phone features NFC, 3G, Bluetooth 4.0, Infrared and 4G LTE connectivity options. It has a 2300mAh battery. The phone will be available in White, Pink and Black colours and will be available starting May 25 in Japan. There's no word on the phone's international availability as of now.

The phone had leaked in pictures a few days back on a Chinese website, while rumours of its existence had emerged in March.

Last week, the Sony Xperia A was officially announced by Japanese carrier NTT Docomo as part of its Summer 2013 collection. The water and dust resistant phone has a 720p display and is also powered by a 1.5GHz Qualcomm Snapdragon S4 quad-core processor. Other specifications are similar to the Xperia UL.