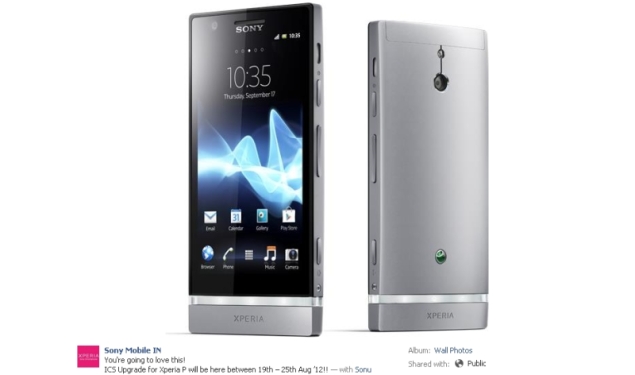 Sony Mobile India has announced on its official Facebook page that it will be releasing the Android 4.0 update for Xperia P smartphone between August 19 and August 25. The smartphone, which currently runs on Gingerbread, went on sale in May.

There is no word on how this update will be rolled-out, but it is likely to be available via company's software update tool.

Like other devices in the NXT series, Sony Xperia P has been marred with the outdated software experience, but given the upcoming ICS update; we can expect it to emerge as a decent mid-range Android device.

The company flagship Xperia S has already got the ICS update in various markets.

Google pulls the plug on many services
HTC officially launches Desire VC in India for Rs. 21,999