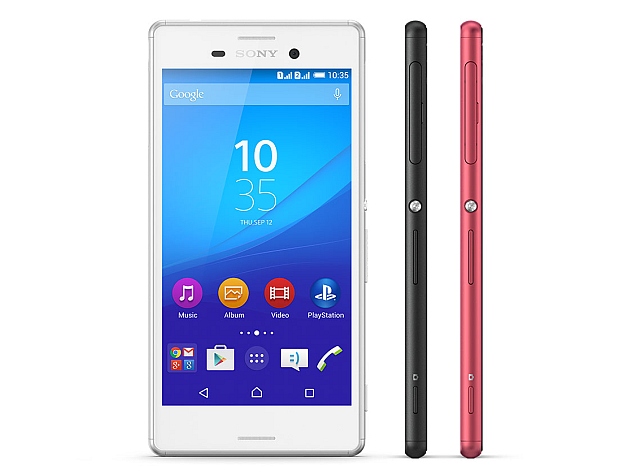 A 13-megapixel autofocus rear camera with Sony Exmor RS mobile image sensor and f/2.0 aperture is housed inside the Xperia M4 Aqua, besides a 5-megapixel front-facing camera, which comes with a wide 88-degree field of view. The smartphone bears 16GB of inbuilt storage and can be expanded via microSD card (up to 128GB). A 2400mAh battery is onboard, rated to deliver a talk time of up to 13 hours, and standby time up to 779 hours.

The Sony Xperia M4 Aqua equips Bluetooth 4.1, NFC, A-GPS, Wi-Fi, and USB under the connectivity options. The Xperia M4 Aqua is also 'waterproof and dust-tight' as per Sony with IP65/68 certification - this means it should be fine when submerged no more than 1.5 metre deep in water for up to 30 minutes with all flaps closed. The smartphone weighs 140 grams, measures 145.5x72.6x7.3mm and will be available in Black, White and Coral colour variants.