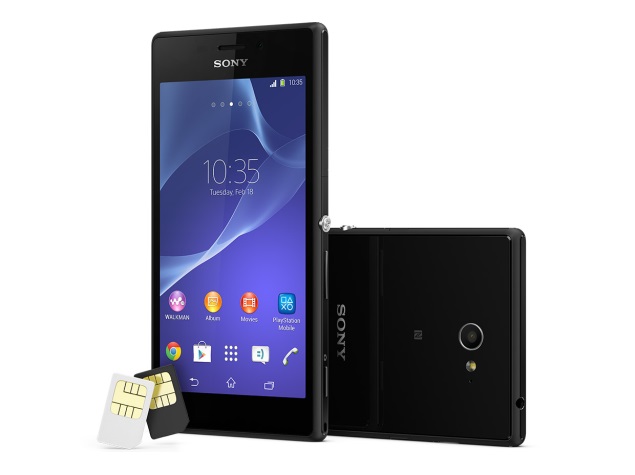 The Xperia M2 Dual, as the name suggests, is a dual-SIM (GSM+GSM) phone with dual active support, which means that users can keep both SIMs active and never miss a call, even when talking on one of them. Other specifications remain identical to the single SIM variant, the Xperia M2.

The Xperia M2 Dual features 8GB of built-in storage, with microSD card expansion up to 32GB. The 8-megapixel rear camera on the Xperia M2 has 'auto scene' recognition and HDR, while other camera features include Timeshift burst, picture effect and social live. It also sports a 0.3-megapixel front-facing camera.

It packs a 2300mAh battery that is rated to deliver talk time up to 14 hours, standby time up to 693 hours, and is available in three colours - Black, White and Purple. Connectivity options include 3G (HSPA+), GPS/AGPS, GLONASS, Bluetooth 4.0, NFC, Wi-Fi, DLNA, and Micro-USB.

Prior to this, the Sony Xperia T2 Ultra Dual was officially launched in India at Rs. 25,990.