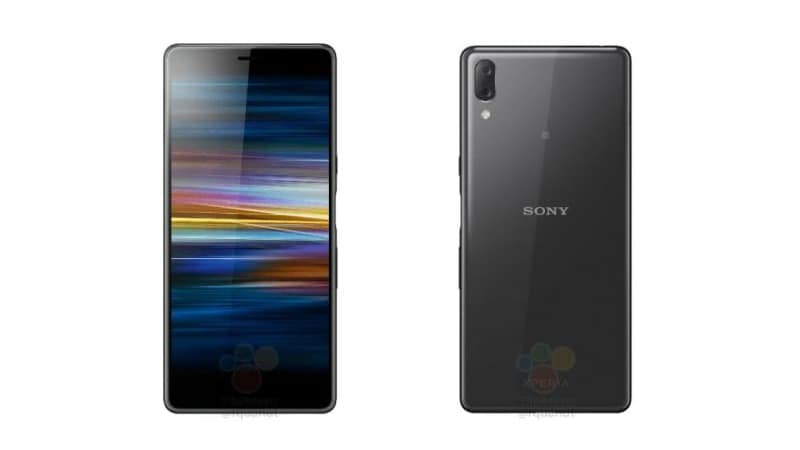 Sony is largely expected to launch four phones at MWC 2019 - the Xperia XZ4, Xperia XA3, Xperia XA3 Ultra, and Xperia L3. The Sony Xperia L3 has now leaked in renders just ahead of the launch and it reveals the smartphone's design details. The Sony Xperia L3 is seen to sport a dual rear camera setup, a side-mounted fingerprint sensor and considerable chin on top and bottom portions of the display. The phone supports a 3.5mm audio jack, and is spotted donning a glossy grey back panel. Aside from the renders, key specifications and price of the Sony Xperia L3 have also been leaked.

Sony Xperia L3 renders, price, and specifications have been leaked by WinFuture, and the renders suggest that the phone will sport considerable chin at the top and bottom portion of the display. The phone is seen to sport a dual rear camera setup aligned vertically, and the fingerprint sensor is mounted on the side edge, in between the power and the volume buttons. The 3.5mm audio jack resides on the top edge of the smartphone, and the speaker grille, USB Type-C port and the microphone reside at the bottom edge. The SIM tray sits on the left edge of the smartphone.

As for specifications, the Sony Xperia L3 is reported to run on the outdated Android Oreo and sport a 5.7-inch (720x1440 pixels) LCD display with 18:9 aspect ratio. While the processor information has not been leaked, the report claims that it may sport a MediaTek processor just like its predecessor Sony Xperia L2. It should offer 3GB RAM and 32GB of internal storage with the option to expand further using a microSD card slot.

As for the Sony Xperia XA3 and Xperia XA3 Ultra, a recent report claimed the two smartphones will be called the Xperia 10 and Xperia 10 Plus, thanks to their new design. A follow-up report tipped their specifications.