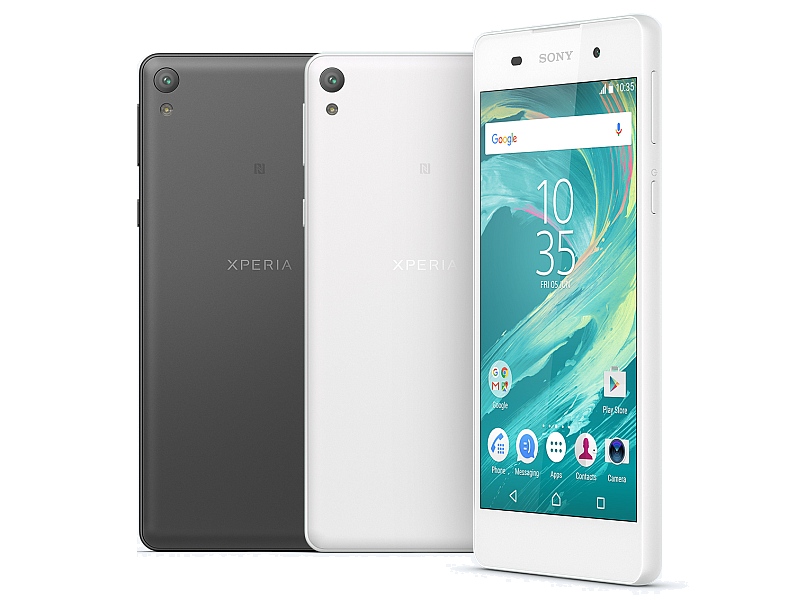 Sony has launched Xperia E5 in Europe. Priced at EUR 199 (roughly Rs. 15,000), the smartphone features budget specifications, and is available in single-SIM and dual-SIM variants. There is no word on availability in other regions as of now, while Black and White colour variants have been announced.

The Android 6.0.1 Marshmallow-based Sony Xperia E5 bears a design similar to the recently unveiled X-series of smartphones, and sports a 5-inch HD (720x1280 pixels) display. The Sony Xperia E5 Dual features identical specifications to its single-SIM variant, and is powered by a 1.3GHz quad-core MediaTek MT6735 SoC, coupled with 1.5GB of RAM.

The Xperia E5 features a 13-megapixel rear camera with LED flash, and a 5-megapixel front camera that's also accompanied by an LED flash module. It bears 16GB on inbuilt storage that's expandable via microSD card (up to 200GB). It supports Nano-SIM cards.