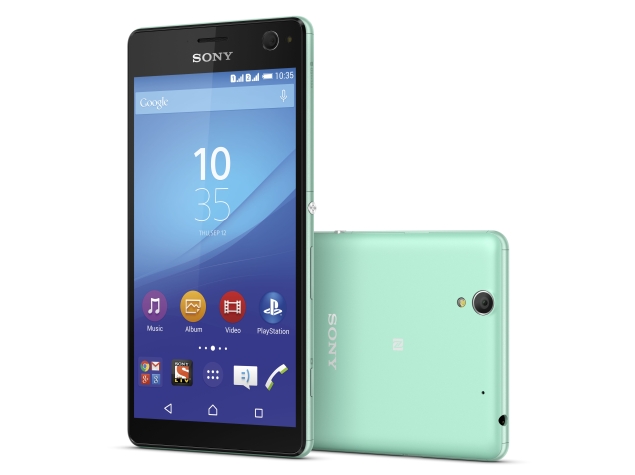 Sony has launched the Xperia C4 Dual in India, priced at Rs. 29,490. The company had announced the selfie-focused smartphone would be made available in mid-June in India alongside the launch of the Xperia M4 Aqua Dual in in late-May, but had not revealed a price at the time.
The smartphone is available from Friday in White, Black, and Vibrant Mint colours at Sony Centres, Xperia stores, and major electronics stores across the country.

The handset equips a 13-megapixel autofocus rear camera with LED flash. Being the next model in Sony's selfie-focused smartphone lineup, the Xperia C4 Dual retains a 5-megapixel front-facing camera and includes the company's Exmor R sensor alongside an LED flash and a 25mm wide-angle lens. Both cameras feature image stabilisation and red-eye reduction.

The Xperia C4 Dual includes 16GB of inbuilt storage, which is further expandable via microSD card (up to 128GB). The smartphone is backed by a 2600mAh battery, which is rated to deliver up to 12 hours 47 minutes of talk time and up to 682 hours of standby time.